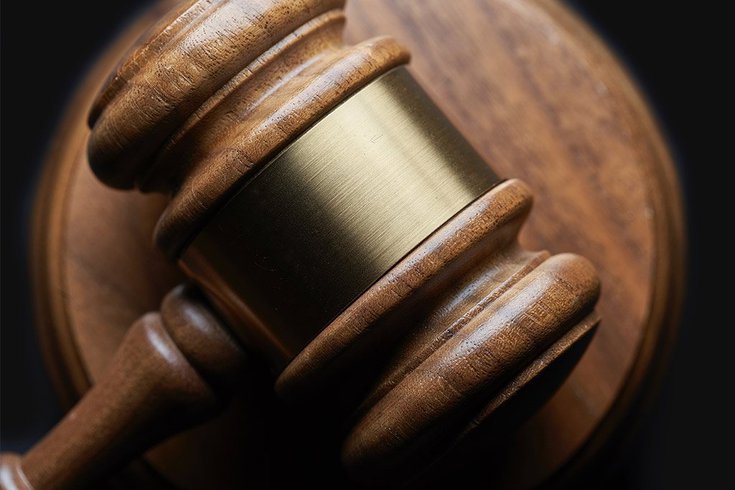 The trial of Heather Reynolds will begin Monday. The Camden County mother of three allegedly killed her toddler Axel to protect her affair with her then-boyfriend who she then tried to have assassinated after he spoke to police about the case.

The trial for a mother of three who allegedly suffocated her toddler and tried to hire a hitman to kill an ex-boyfriend who spoke to police about the case will begin Monday.

Heather Reynolds of Gloucester Township is facing a first-degree murder charge in Camden County Superior Court for the death of her 17-month-old son Axel on May 10, 2018.

Police responded to reports of an unresponsive child on a lawn on Marcia Court in Sicklerville and found the baby with bruises around his nose and mouth, prosecutors said. He was pronounced dead at the scene.

Over a year later, officials concluded the incident was a homicide and that the baby was asphyxiated, NJ.com reported. Trace levels of isopropyl alcohol were found in his system, which led the medical examiner to conclude that a wipe containing the substance was placed over Axel's face to suffocate him.

Reynolds was arrested on June 13, 2019 and has been held without bail since then.

Prosecutors say she killed Axel in part because she believed he was getting in the way of her affair with her then-boyfriend, who she later tried to have killed, the Daily Beast reported. Reynolds was already married to a man who was working in a different state at the time.

Witnesses also told police she was using methamphetamine the night before Axel died. Trace amounts of the drug were found in her purse.

Reynolds pleaded not guilty at her detention hearing in 2019.

“She adamantly denies that she has anything to do with the death of her child,” her defense attorney Michael Testa said at the time, Law and Crime reported. “She’s suffered greatly as a result of this.”

Reynolds and another man – Jeffrey Callahan of Clayton, Gloucester County – are also facing a charge of conspiracy to commit first-degree murder, prosecutors said. The two dated after Reynolds' relationship with the first boyfriend soured.

They allegedly arranged a murder-for-hire plot targeting the ex-boyfriend after he gave a statement about Axel's death to investigators, the Courier-Post reported.

The plan was to have the ex killed after the end of the trial because doing it before would raise too much suspicion.

Prosecutors say detectives first got word that Callahan had allegedly asked someone about a murder for hire in September 2019.

They later obtained multiple recordings of Callahan speaking about the plan. Reynolds' family would pay $25,000 for the hit, he said, according to prosecutors. They allege the family had hired a private detective to find the ex's address. Investigators also found that Callahan had spoken about the ex-boyfriend dying on social media.

He was arrested at his home on May 18, 2021 and has been held without bail since, prosecutors say.