There will be a daylong reading of the novel outside, plus a beer garden and food trucks 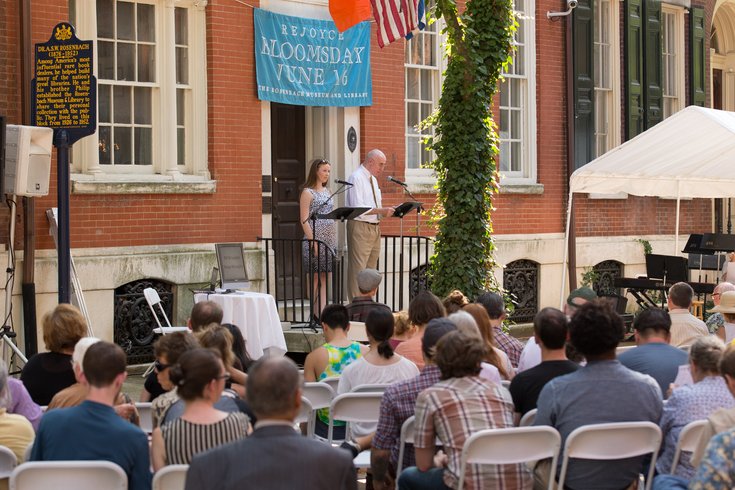 Courtesy of The Rosenbach Museum & Library/PhillyVoice

In the novel, which was once banned in the United States for being obscene, the fictional character Leopold Bloom journeys through the streets of Dublin, Ireland.

In Philadelphia, the largest Bloomsday celebration takes place outside the Rosenbach Museum & Library at Delancey Place.

The manuscript for "Ulysses" has been at the Rosenbach since 1924.

At the Rosenbach's free Bloomsday celebration, there will be a daylong reading of the novel outside. This year's readers include former Pennsylvania Gov. Ed Rendell and special guest Daniel Mulhall, Ambassador of Ireland to the United States.

Actors Michael Toner and Mal Whyte will also perform a humorous adaptation of "Ithaca" from "Ulysses" and singers will bring the novel's tavern songs and arias to life.

The Bloomsday beer garden, which popped up at the event last year, will be back this year for the 21-plus crowd to enjoy while listening to the dramatic readings. On tap will be brews inspired by "Ulysses" famous pub scenes. Food trucks will be parked at Delancey Place, too.

The fun can continue at McGillin's Olde Ale House, however, where there will be pints of O’Hara’s Stout from Ireland, Dublin Donkey cocktails and Irish breakfast all day, as part of the bar's own Bloomsday celebration.