Kaliy-ah Hand, 16, and Ramon Quinn, 15, were believed to have gotten caught in a rip current 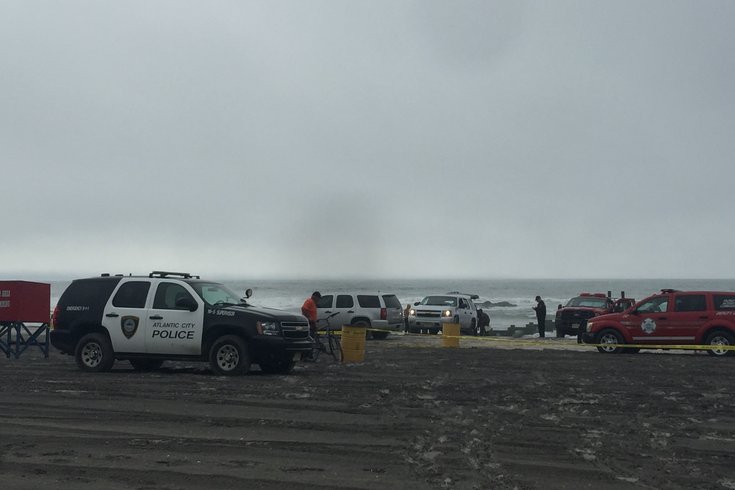 The body of one of two teenage swimmers who went missing off Atlantic City's shores last week was found Monday.

Just before 6:30 a.m. Thursday, police received a call that two swimmers were struggling in the ocean near the Martin Luther King Boulevard beach in Atlantic City.

Rescuers searched the waters until after 10 p.m. Thursday. The search continued on land and in the water on Friday, Saturday and Sunday, according to the Press of Atlantic City.

The other teen who went missing, 15-year-old Ramon Quinn of Pleasantville, has not yet been found.

Quinn stayed behind and tried to help Hand, but they were both pulled further out toward the jetty and struggled until they were pulled under, according to police.

"My daughter is found, but those two are like family to each other," Spence told the Press. "Nobody can start healing yet."

The two teens were part of a staggering number of incidents at the Jersey Shore over the last week.

In Belmar, two young girls were pulled from the water around the same time the Atlantic City swimmers disappeared.

A 13-year-old girl died, while her 12-year-old cousin remained on life support as of Friday, according to NJ.com.

Three other swimmers were hospitalized after they were caught in a rip current in Avon-by-the-Sea on June 12, and three more swimmers were rescued by two teenage boys in Seaside Heights two days prior to that.

An 11-year-old Newark, New Jersey, girl also was fatally electrocuted in a freak accident over the weekend as she swam in a Toms River lagoon.