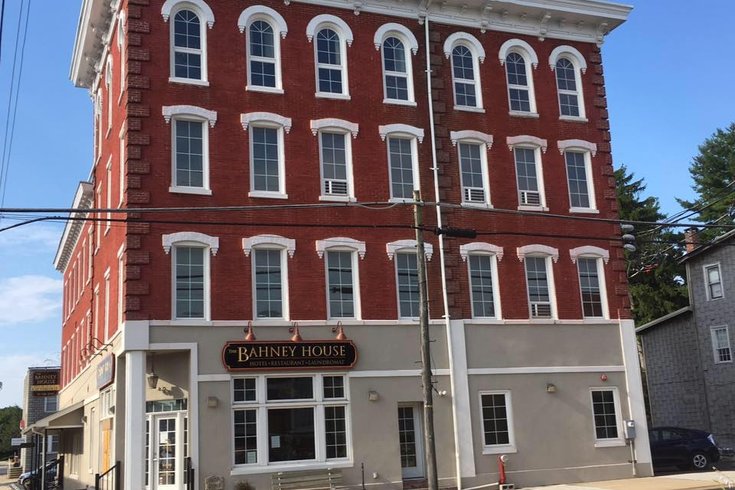 Police arrested a Pennsylvania man who allegedly planted a bomb in the parking lot of a Lebanon County hotel on Sunday.

A Lebanon County man was arrested Sunday after he allegedly put a bomb in the parking lot of a hotel in order to warn police about aliens trying to destroy the world, police said.

Investigators said David Oxenrider, 28, of Myerstown, called to report a suspicious package near the Bahney House Hotel in Myerstown, where he is a tenant, located about 65 miles northwest of Philadelphia.

Pennsylvania State Police responded to the scene and members of the hazardous devices and explosives unit disabled the alleged bomb, according to the Associated Press. The surrounding area was evacuated and blocked off for several hours. No one was injured.

Police allege Oxenrider reported the bomb threat to a building manager at Bahney House, who told him to put it outside. When police arrived they found Oxenrider with the suspicious package — two butane tanks wrapped in cloth, filled with metal staples — in the building parking lot. Police reported that Oxenrider told them he had not intended to hurt anyone, but wanted to get the attention of police to warn them about aliens set to destroy the world.

"When questioned, Oxenreider told police that in 2014, he had an encounter with aliens, who told him that if humans did not 'start being good people' they would destroy the planet with a 'nuclear laser beam.'

"He said he tried to spread the advice of the aliens, but no one would listen to him, prompting him to construct the explosive device to get the attention of the police."

Oxenrider is charged with manufacturing a weapon of mass destruction, causing or risking a catastrophe and reckless endangerment.

On Facebook, Bahney House said "the threat was not intended toward any guest."

"As you may be aware, we received what what was determined to be a credible threat from a hotel guest this morning. The threat was not intended toward any guests or employees but the person wanted to be heard by the authorities," the post said.

The Reading Eagle reported neighbors and friends of the suspect reported knowing about the possibility of a bomb, however no one believed the threat to be legitimate.

"He said, 'You're going to want to get out of here; the cops are coming,'” one person told the Eagle. “He's been telling me all week it was coming. He was going to do his mission. ‘You'll see,' he told me."