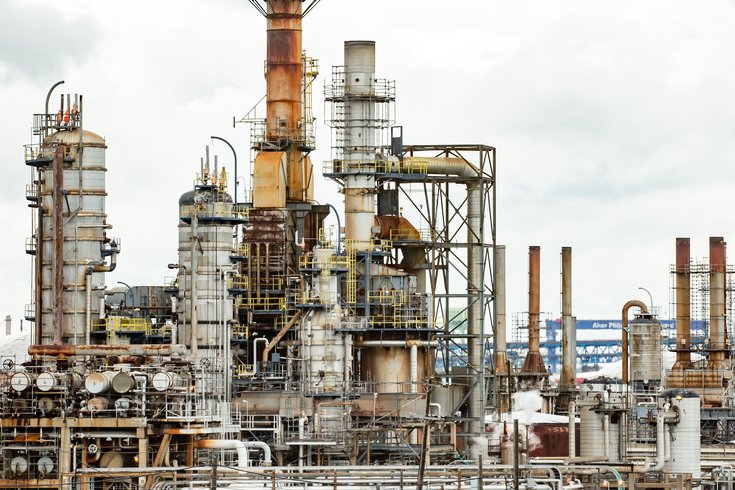 A small fire that was left in the aftermath of the Philadelphia refinery explosion on Friday has been extinguished, officials said. Seen here is the Philadelphia Energy Solutions oil refinery in Southeast Philadelphia, hours after multiple large explosions occurred at the plant, Friday, June 21, 2019.

A small fire that was left in the aftermath of the Philadelphia refinery explosion on Friday has been extinguished, officials said.

According to the Associated Press, the small fire at Philadelphia Energy Solutions was extinguished on Saturday afternoon and the gas valve that fueled the fire has been shut off. The tank involved in the explosion has since been isolated.

At 4 a.m. on Friday, a fire broke out at Philadelphia Energy Solutions Refining Complex in Southwest Philly reportedly due to a tank containing a mixture of butane and propane. However, once the explosion was mostly controlled by the Philadelphia Fire Department, a small fire in the refinery was left burning for more than a day due to limited access from damage and instability of the structure.

Five workers sustained minor injuries from the fire. No threat to public health has been reported.

The Philadelphia Department of Health tested the air quality on Friday. The department collected samples from up-wind and down-wind of the refinery and tested the air samples for 61 chemicals. According to the department, there were no compounds found to be "above, or even near, the levels set by the American Conference of Governmental Industrial Hygienists as safe for workers who are exposed every day for a lifetime."

The investigation will begin on Monday, officials said. The cause of Friday's refinery explosion will be investigated by Occupational Safety and Health Administration, the Bureau of Alcohol, Tobacco, Firearms and Explosives, the U.S. Chemical Safety and Hazard Investigation Board and the fire marshal’s office.