Brady: Eagles D is 'as good as we’ve faced all year' 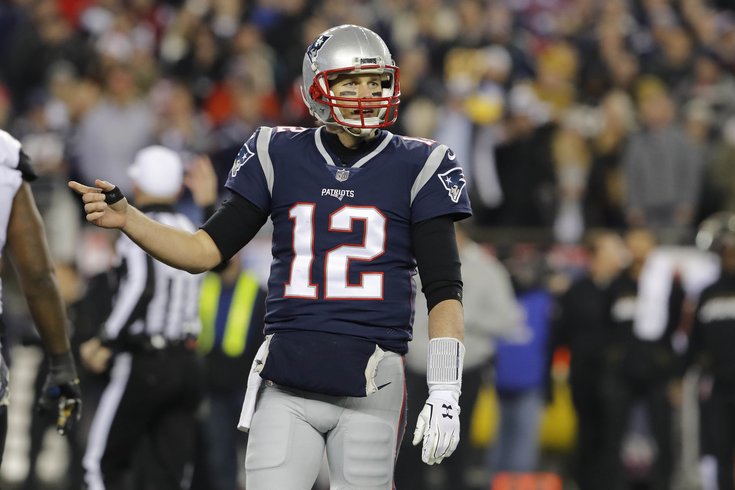 Tom Brady has been around long enough that when he's asked about the opposing team in the Super Bowl, he's not going to say, "They are straight garbage." And so, expect a lot of compliments to be thrown the Philadelphia Eagles' way whenever Brady or Bill Belichick are in front of a microphone this week.

Still, on Saturday, Brady was asked about the Eagles' defense, and more specifically, their defensive line. He said that the Eagles are as good as anyone they've seen.

"They’ve got a great defense," Brady said. "As good as we’ve faced all year. The D-line is I think better than anyone we’ve faced all year.  Fletcher Cox is an incredible player, but they’re all really talented. They all play really well together. They’ve got a great scheme that mixes in well with their coverages. They’ve been playing well all year, and that’s why they’re in this game."

Out of curiosity, I took a quick peek at the defenses the Pats have faced this year. It turns out they faced the No. 2 (Jaguars), No. 3 (Broncos), No. 5 (Steelers), No. 7 (Panthers), and No. 9 (Falcons) defenses this season, though that's perhaps a bit misleading. While the Broncos, for example, may have given up the third-fewest yards this season, clearly they were not a great defense. Below is a chart of the defenses the Pats faced, with one column showing their NFL rank, yardage-wise, vs. their rank in DVOA, via Football Outsiders.

Only the Jacksonville Jaguars are in the same conversation as the Eagles this season, defensively. A week ago, in the AFC Championship Game against the Jags, the Pats managed just 10 points through the first three quarters, before scoring two late touchdowns when Jacksonville went into super-conservative mode, both offensively and defensively.

"We have to hopefully play our best possible game, because that’s what it’s going to take playing against a team that challenges us in all phases," Brady said. "(The Eagles have) been great on special teams, they have a great offense, and they have a great defense, so I don’t think anything less than our best is going to win the game."