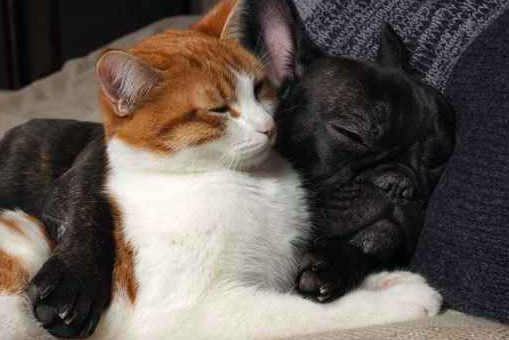 Everybody has their own own way of coping with unpleasant facts of life. For about half the country, it was unpleasant, to put it mildly, that Donald Trump was elected president. But as the will of enough people, eventually the stunning outcome will have to be internalized and lamenting the election itself — rather than the policies it enables — will be out of touch with time.

Some students at the University of Pennsylvania decided that the best way to deal with their post-election blues was to hang out with a bunch of puppies and cats, color and eat chocolate together, according to The Statesman, an alternative media publication at Penn.

One of the dorms on campus even set up a “breathing space” the night after election day. Cats, a puppy, coloring pages, and snacks were offered to help students “decompress in a low-key and low-stress environment.” The event certainly had a timid and fearful undertone, as students were hesitant to discuss what awaits the United States in January.

Daniel Tancredi, a writer for The Statesman, later elaborated on what he saw in The College Fix, characterizing the event as "an escape from the reality of the election results."

This is, as far as softballs go, one of the easiest conceivable setups for a conservative takedown. Movements to impose a certain vision of social tolerance, frequently criticized as political correctness, are seen by some as a retreat from the friction of civil society and a strain on the First Amendment. On the other hand, plenty of observers felt the 2016 campaign was anything but civil.

A libertarian writer for the conservative Breitbart News was more than eager to highlight Tancredi's account of Penn's campus, suggesting university administrators "coddled" students by providing this space and by allowing professors to give their students a forum for discussion about the election.

What Breitbart News did not find time to cover was Friday's revelation that a University of Oklahoma student invited nearly all of Penn's black freshman students to join a GroupMe page called "N------ Lynching," for no apparent reason other than to harass, intimidate, provoke and insult them.

Is it silly to create a space for students to destress with cute animals on a college campus?

“In my opinion, the reaction of Penn’s students reveals that as a whole we have placed our faith and hope in the wrong things," Tancredi told The College Fix. "Governments will fail us; they are not perfect. Perhaps we should reconsider our priorities.”

It's also completely harmless, innocent and likely effective in reorienting the minds of Ivy League students who understand that the failure of imperfect governments has serious implications for the health and well-being of families, communities, economies and the world at large.