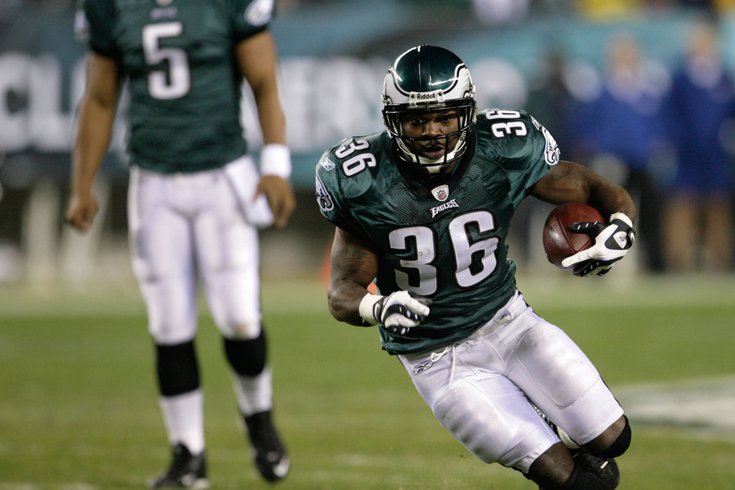 Philadelphia Eagles legend Brian Westbrook co-authored a children's book based on his own experiences called "The Mouse Who Played Football," with former CBS3 anchor Lesley Van Arsdall. The book was released on July 22, and the co-authors will speak at a Free Library of Philadelphia event on August 4.

The 42-year-old father of three, who spent eight seasons with the Eagles, collaborated on the book project with former CBS3 sports anchor Lesley Van Arsdall. They co-authored "The Mouse Who Played Football," an inspirational tale based on Westbrook's own experiences.

Published by Temple University Press (TUP), "The Mouse Who Played Football" tells the story of a tiny mouse named Brian, who overcomes his small size and "underdog" status to become a professional football player. Despite the naysayers, Brian the mouse, much like Brian Westbrook the football player, uses his speed, determination and confidence to become a star player in high school, college, and eventually the Mouse Football League (MFL).

Westbrook grew up in Maryland and played college football at Villanova University, attracting the attention of an ascending Eagles team that selected him in the third round of the 2002 NFL Draft.

Westbrook quickly became a weapon in the NFL, thriving as a dual threat runner and pass-catcher in the Eagles' screen-heavy offense under former head coach Andy Reid. Westbrook currently is the Eagles' third all-time leading rusher (5,995 yards and 37 touchdowns) and the team's 14th all-time leading receiver (426 receptions for 3,790 yards and 29 touchdowns), with two Pro Bowl appearances and a first-team All Pro selection in 2007.

Since his retirement, Westbrook also has been involved in broadcasting, philanthropy, investing and public speaking.

"The Mouse Who Played Football" was illustrated by West Chester-based artist and author Mr. Tom, who sprinkles nods to Philadelphia throughout the book.

Temple University Press shared the following excerpt and a few illustrations from the book:

"By the time Brian was in his last year of high school, he had become one of the best running backs the school had ever seen. He couldn't wait to graduate and play football at a big university. But sadly, when college coaches saw the small mouse on the field, they all shrugged and shook their heads ... So the small player decided he would go to a small college and do big things. And that's just what he did."

Much like Brian the mouse, the real Westbrook's football career faced early doubts due to questions about his stature and durability.

"Injuries and his size — 5 feet 10 inches, 205 pounds — brought suspicion that he was too small, too fragile," Jere Longman wrote in a New York Times article back in 2005.

Westbrook and Van Arsdall's book was originally rejected by traditional publishers for being too niche, according to Temple News. TUP does not usually publish children's books, but picked up "The Mouse Who Played Football," because the underdog story will surely resonate with Philadelphians.

Production on the book began in September, and its July 22 release coincides with the start of Eagles training camp. Half of the proceeds from the book will go toward nonprofits dedicated to helping children.

Westbrook and Van Arsdall will read excerpts from the book at a Free Library of Philadelphia in-person event at Parkway Central Library on Thursday, August 4 starting at noon.

The author event is free to attend, and participants can register in advance online. Books will be available for purchase at the library on the day of the event, and a book signing will follow.