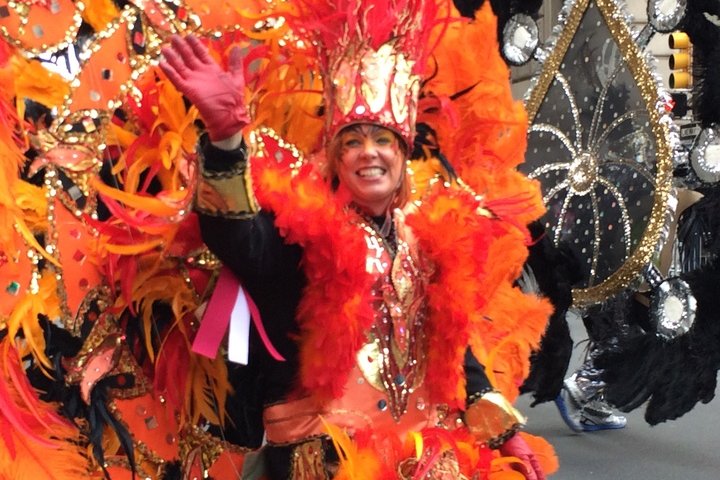 A Mummer dressed in orange marches during the 2016 Mummers Parade.

On a brisk and chilly Friday morning – but still temperate for December by Philadelphia standards – the Mummers paraded down Broad Street in their uniquely Philly celebration of the new year, dressed in colorful, and sometimes bizarre, costumes.

The 2016 Mummers Parade parade marked the 116th time since the first mummers decided mum together on the first day of the new year in 1901, and hundreds marched down Broad Street Friday. 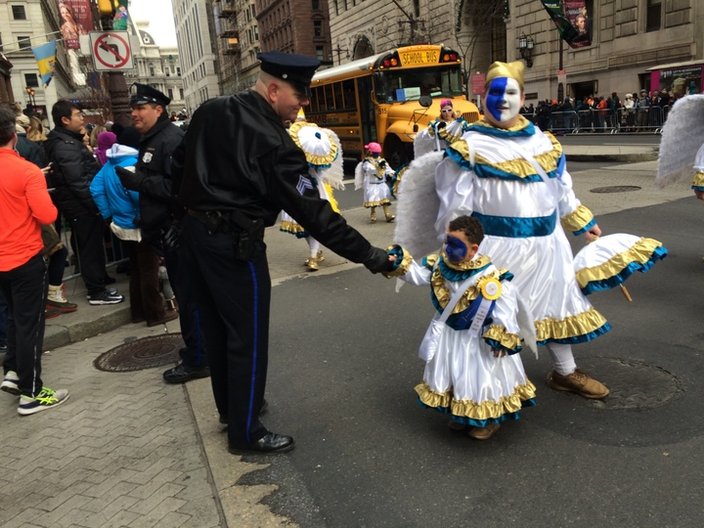 A young Mummer is greeted by a Philadelphia police officers during the 2016 Mummer's Parade.

For a celebration that has seen dwindling crowds and a history of drunken debauchery in its past, Friday morning, from the corner of Broad and Walnut Streets, it seemed like the parade had turned a new leaf as the crowd was filled with families,and children cheered on the colorful strutters. Not a beer was seen in the crowd.

Carlos Estela, of South Philly, joked that he missed that this year's parade seemed less about alcohol-fueled celebration than it may have been in years prior. 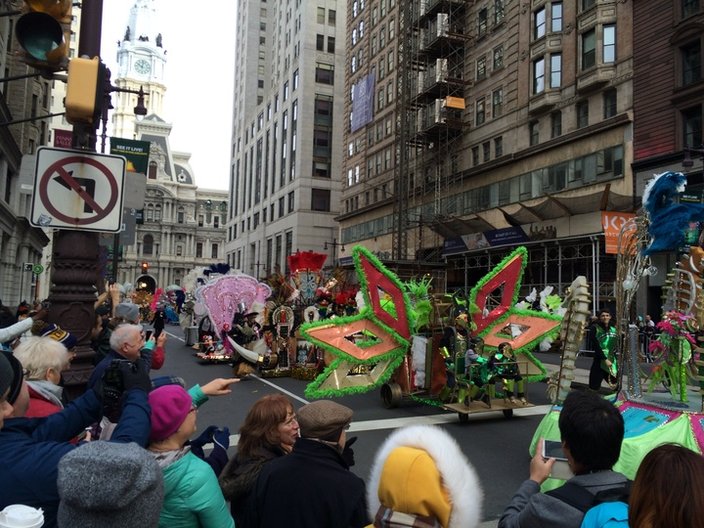 The 2016 Mummers Parade progresses down South Broad Street before spectators lining the sidewalks.

The parade volunteer said in the past, he had gone bar-to-bar with the "drag queens" who open the parade every year.

"But, that was in my younger days, when I had hair," he said.

Now, he said, he appreciates the tamer parade.

"This is great. It unites the whole community. All kinds of people come," he said. 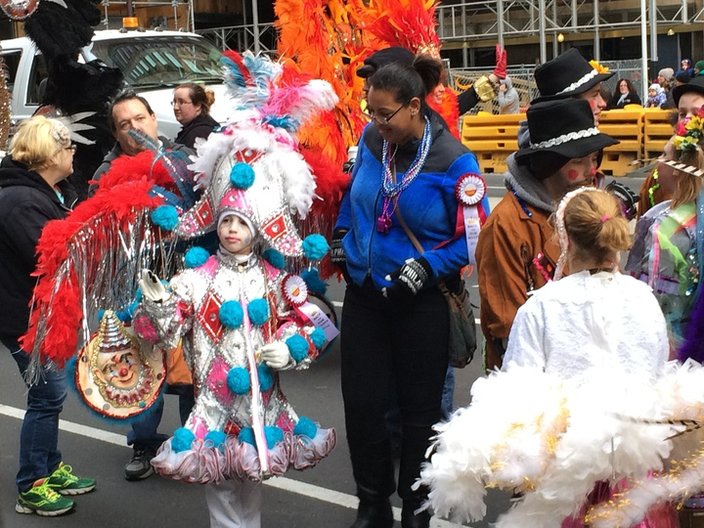 A young Mummer prepares to march down South Broad Street during the 2016 Mummers Parade on Friday. 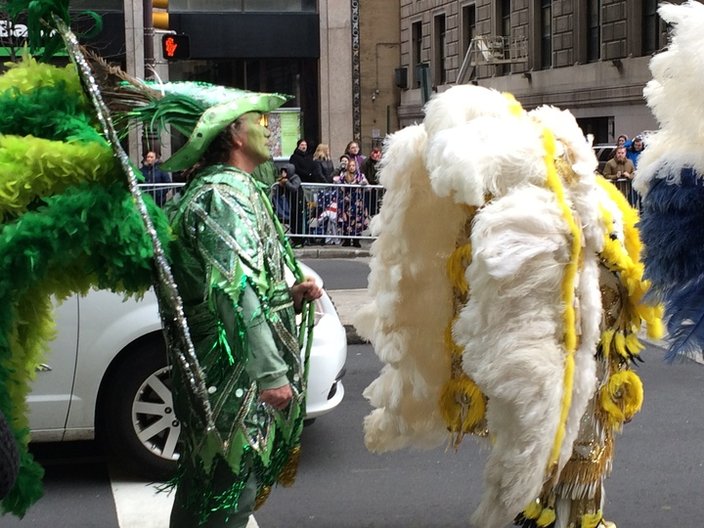 Mummers wait to begin their strut down South Broad Street during the 2016 Mummers Parade on Friday morning.

And for a parade that has been widely criticized in years prior for being exclusionary – even offensive – to minorities, for the first time, the established Mummers groups were joined by a new "Philadelphia" division, made up of four non-mummer groups from throughout the city.

This division included: the Miss Fancy Brigade, a group of self-described drag queens that are strutting with the Mummers or the fourth year in a row; San Mateo Carnavaleros, a South Philly Mexican heritage group; an African American drill team, Second 2 None; and Los Bomberos de Calle, a Puerto Rican performance group.

As the Philadelphia Division began the day's celebration, George Lauer and his son, Austin, 16, both of Tom's River, NJ, said they enjoyed the day's events – especially because it was the first Mummers Parade the pair had ever attended. 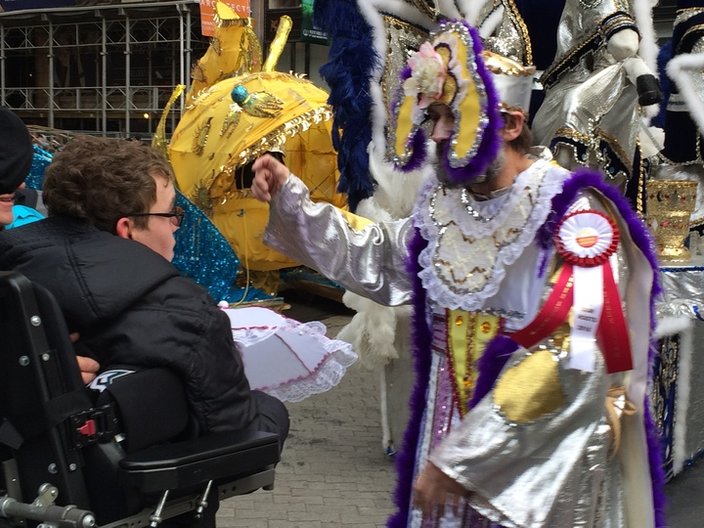 A Mummer hands his umbrella to Austin Lauer of Toms River, New Jersey, during the 2016 Mummers Parade on Friday morning.

The parade still may not end without controversy. Philadelphia police are aware that members of the Philly Coalition for REAL Justice and the Black Lives Matter movement are expected to hold a demonstration at City Hall at 1 p.m.