Footage from the 1979 benefit concert series, Musicians United for Safe Energy, will be the subject of a new music documentary focusing on the Boss 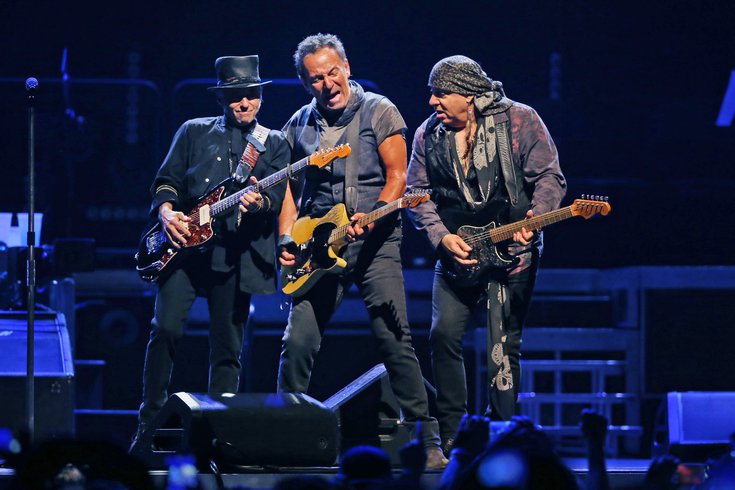 Performances from Bruce Springsteen and the E Street Band at the 1979 No Nukes concert series at Madison Square Garden will be featured in a new concert film documentary to be released later this year.

A new concert film will give Bruce Springsteen fans the chance to see rare concert footage from the peak of his career.

Video from Bruce Springsteen and the E Street Band's two performances at the famed 1979 No Nukes show will be the subject of a new music documentary from Sony Music Entertainment.

The concert film, "The Legendary 1979 No Nukes Concerts," was shot during the Musicians United for Safe Energy (MUSE) benefit concerts, known as the "No Nukes concerts," at Madison Square Garden in September 1979, RollingStone reported.

MUSE was an activist group founded by Jackson Browne​, Graham Nash​, Bonnie Raitt and John Hall that advocated against nuclear energy. They formed shortly after the Three Mile Island nuclear accident in March 1979.

Performers at the concert included the group's founders, as well as Crosby, Stills & Nash, James Taylor, Carly Simon, Chaka Khan, the Doobie Brothers, Gil-Scott-Heron, Tom Petty and more, though Sony says the documentary will only feature Springsteen and the E Street Band.

The 2021 documentary is solely dedicated to Springsteen's performances and will feature remixed and remastered audio from the show. It was edited from the original 16mm film by Thom Zimmy, who worked with Springsteen on his 2020 Jeep commercial, the 2019 Netflix special "Springsteen on Broadway" and other projects.

Springsteen's haunting classic "The River" debuted at the 1979 concert. The band played other hits like "Prove It All Night," "Thunder Road," "Rave On," and a cover of the song "Stay" with Jackson Browne, Tom Petty and Rosemary Butler.

"The film will give audiences around the world the chance to witness performances that marked the rise of the future Rock and Roll Hall of Famers," Sony Music Entertainment told the Asbury Park Press. "Very little filmed footage of Bruce Springsteen and The E Street Band is available from this era, so 'The Legendary 1979 No Nukes Concerts' is a rare opportunity to see the band give an explosive performance that became an instant classic."

A separate documentary was released 41 years ago, right after the concert in 1980, which featured three songs from Springsteen's set, including the first live performance of "The River."

No Nukes, All Bruce: multi-cam pro-shot at @TheGarden 1979 MUSE Concerts, 16mm footage of @Springsteen & the ESB has been edited into a full concert film (a composite of 9/21 & 9/22/79) for 2021 release, remixed and remastered audio. Holy grail stuff. https://t.co/QZDIdlSBc2 pic.twitter.com/zW1qK9cuJr

More information about the documentary will be announced this September.

Springsteen made his return to Broadway earlier this year, and has shows scheduled through the summer. He is also one of eight performers to be featured in a Central Park mega-concert for COVID-19 relief in New York City this August.