Paul Simon and Jennifer Hudson also will perform; upwards of 60,000 people are expected to attend 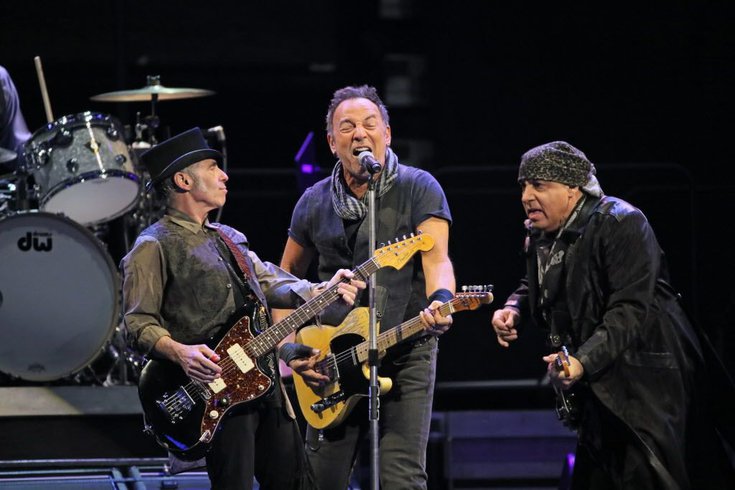 Bruce Springsteen will perform at the Central Park Homecoming Concert in New York City along with Paul Simon and Jennifer Hudson. No date has been announced for the concert, but it reportedly is expected to take place in August.

Bruce Springsteen will headline the concert in New York City's Central Park later this summer, an event that is being billed as a comeback for that city's tourism industry.

Paul Simon and Jennifer Hudson also will perform, New York City officials  announced Thursday. No date has been set for the concert yet.

The Central Park Homecoming Concert is being organized by Clive Davis and is an effort to celebrate the reopening of New York City and bolster tourism following the end that city's COVID-19 restrictions, according to the Rolling Stone.

"This is going to be one of the greatest Central Park concerts in history," de Blasio said at a press conference Thursday. "This is something for the ages."

Most tickets are expected to be free, with some VIP packages available for purchase.

This will be Springsteen's first live performance to an audience this size since his last anniversary tour, "The River," wrapped up in 2017, NJ.com reported. It's not yet clear if The Boss will be performing solo or with The E Street Band.

"(Springsteen) is beloved in New York City, in an extraordinary way, even though he happens to come from Jersey. No one's perfect," de Blasio said.

Springsteen is already in the city for his show, "Springsteen on Broadway," which reopened last week and runs through Sept. 4 at the St. James Theatre.

The rest of the Central Park Homecoming Concert's performers and other details likely will be announced soon.