Officials say the name change better reflects the theater's mission, goals and place in the community 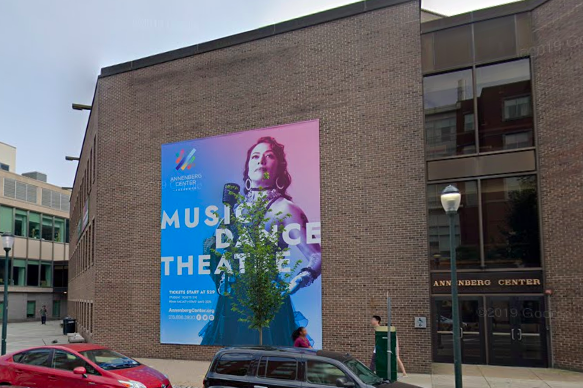 The Annenberg Center announced it will change its name to Penn Live Arts and welcome audiences back for live performances as it reaches its 50th anniversary in the community.

The Annenberg Center is kicking off it's 50th anniversary season with a new identity and a new name: Penn Live Arts.

The performing arts center, located on the University of Pennsylvania's campus, said new signage and banners will decorate the theater and soon it will welcome back audiences for live performances this fall.

"We’re approaching the 50th anniversary of the Annenberg Center for the Performing Arts, and we wanted to acknowledge that and think about how we’re presenting more programs outside of the Annenberg Center [space]," said Christopher Gruits, executive and artistic director of Penn Live Arts. "We needed something that better encapsulates what our program offers and where programming is offered."

The theater opened its doors in April 1971 as the first performing arts center in Philadelphia, presenting all its programming on Penn's campus.

However, over the past few years, it started expanding its shows to Center City and Bucks County. Then, the pandemic pushed the performances outdoors and online as the theater adapted to health restrictions in the city.

The name change reflects how the theater is expanding beyond the "four walls" of the Annenberg Center and more into the community.

Penn Live Arts also will focus more on its academic curriculum through masterclasses, workshops and professional development opportunities for students.

It also said it will curate more diverse programming from beyond the Annenberg Center's walls.

"In presenting more national and international artists not otherwise performing in the city, we expand access to and understanding of worldwide culture across our community," Penn Live Arts said.

The theater is finishing up renovations to its concessions and signage this summer. It is also getting a new hub for The Sachs Program for Arts Innovation called the Arts Lounge in the Feintuch Family Lobby, which will have a lounge space and a place for visual arts to be displayed.

The theater will open its doors for in-person shows for the first time since the start of the pandemic in November for jazz musician Maceo Parker.