Budino-stuffed cruffins are coming to Barbuzzo for a limited time

Cruffin? It's a cross between a croissant and a muffin 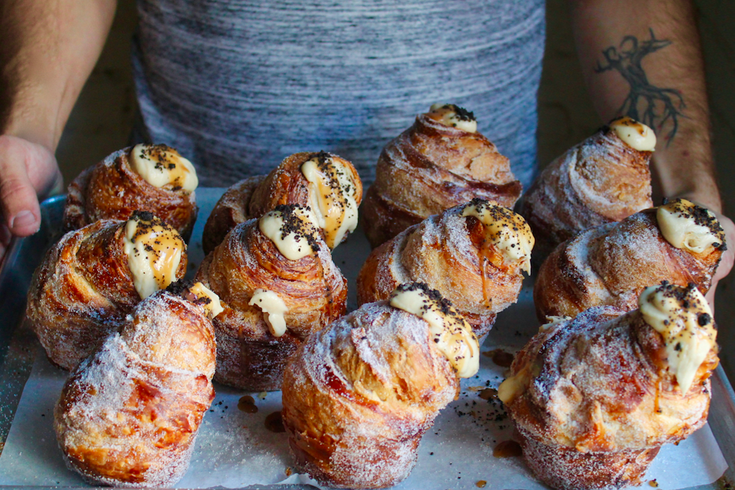 For a limited time, enjoy the salted caramel budino-stuffed cruffin (a cross between a croissant and a muffin).

Barbuzzo's Marcie Turney and Valerie Safran will debut the salted caramel budino-stuffed cruffin Halloween weekend. The cruffin is a cross between a croissant and a muffin and is the newest variation on the original salted caramel budino (pudding) dessert at the Mediterranean restaurant.

The original budino dessert became an instant hit when Barbuzzo opened in the fall of 2010, and its popularity has inspired Turney and Safran to create other limited-time versions, including the frozen budino pop and last year’s budino donut.

The new dessert will be rolled in sugar, stuffed with caramel pudding and topped with dark chocolate cookie crumbs, a touch of caramel sauce and a few grains of sea salt. Mouth watering yet?