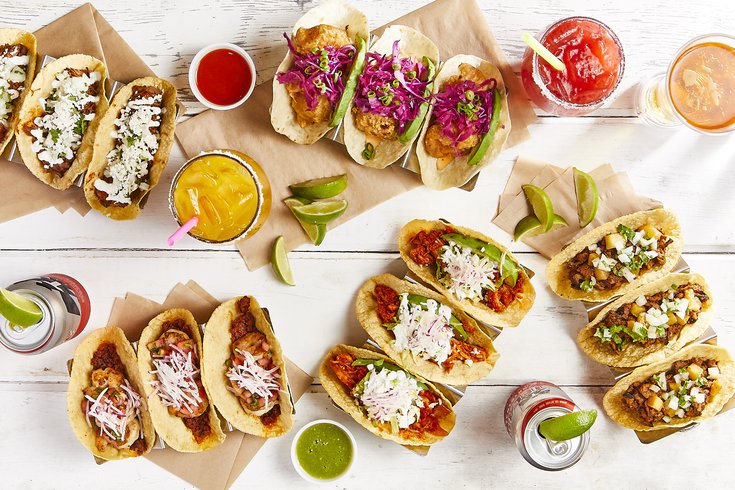 Buena Onda will expand nationally as part of a franchise deal with Ballard Brands, Chef Jose Garces announced on Wednesday. The franchise launch will coincide with a new menu and new design for the Philly-based Baja-themed taqueria.

Buena Onda, Philadelphia's Baja-themed taqueria, is set for a national expansion to other cities across the United States, Chef Jose Garces announced on Wednesday.

Though Buena Onda's flagship location at 1901 Callowhill St. in Fairmount is currently the only one of its kind, two more are expected in the region by July in Rittenhouse and Radnor, Delaware County. Two more are on the way, Garces said on Wednesday, and five total Greater Philadelphia locations are expected by the end of the year.

This national expansion is thanks in part to a franchise launch from Garces and Ballard Brands, a family-owned hospitality company started by former Smoothie King franchisees. Since then, the company has worked to franchise businesses like New Orleans-based PJ's Coffee.

"Our team has worked hard at developing a national expansion strategy in partnership with Ballard Brands since the pandemic began," Garces said. "It has been great collaborating with them to bring Buena Onda and other concepts to new places and to reach new audiences. It is exciting to bring my recipes and vision to fans and foodies across the country."

Garces noted that the initial franchising paperwork has been completed, and Buena Onda is officially a national brand. Now that franchise opportunities are available, Ballard Brands and Garces' goal is to award 25 Buena Onda franchise licenses by the end of 2022.

Garces has been working with Ballard Brands since 2018, when the company acquired the chef's restaurant group after they filed for bankruptcy.

Along with the new franchising opportunities, Buena Onda is getting a remodel. The new design and updated menu will debut this summer when the Rittenhouse and Radnor locations open. The restaurant's Fairmount location will also get a remodel to match the new look. 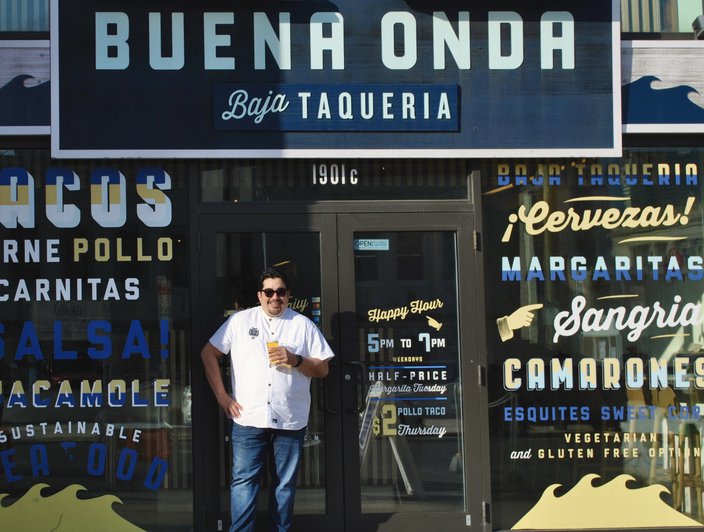 Chef Jose Garces, who opened the Baja-inspired Buena Onda in 2015, is set to expand the taco spot nationally with a franchise launch announced on Wednesday. Ballard Brands, who is partnering with Garces on the expansion, said their goal is to award 25 franchise licenses by the end of 2022.

The basics of the menu and design will remain the same. Garces' signature surf-inspired decor paired with fish tacos, quesadillas, and house-made guacamole will play a more prominent role on the menu. Yet, some new additions include grab-and-go salsa, salads and agua frescas.

The new designs will focus more heavily on the surf-shack element, attempting to create an "endless summer" boardwalk feel as guests prepare to order.

Each new location will feature alcoholic beverages but without a formal bar. Rather, the food pairings will primarily come canned and bottled, with a special emphasis on Buena Onda-branded margaritas in a variety of flavors. The new locations will also focus on pick-up and delivery in addition to sit-down service.

Franchise opportunities are currently available, and investors are invited to seminars held by Garces at The Old Bar every third Thursday of each month through the end of the summer. Garces said to expect the first franchises to be announced by September.