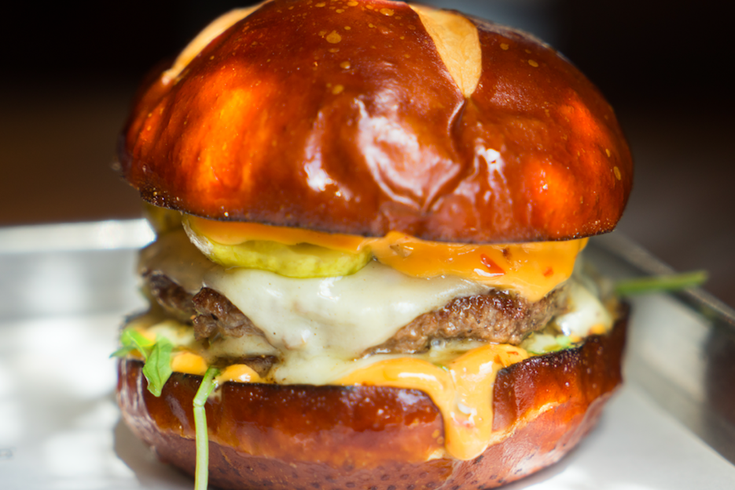 The online Burger Showdown pairs celebrities with chefs to create delicious, new burgers. Among the Philly restaurants to participate was Emmy Squared in Queen Village. Pictured above is a burger from the restaurant that's on the regular menu.

May 28 isn't just any ol' day, it's National Hamburger Day. To celebrate the random holiday, and to raise money for Frontline Foods, there's an interactive digital burger event taking place now through May 31.

For the online Burger Showdown, organizer Off the Menu gathered together a lineup of celebrities and chefs from 10 different cities, including Philadelphia, to collaborate on inventive burgers.

RELATED: Where to buy ice cream in Philly, now that it's summer | Girls Nite In Online celebrates female chefs with virtual 'Restaurant Week'

Burger fans are invited to watch short episodes featuring the celeb and chef pairs in conversation. At the end of each episode, the recipe is shown and viewers are prompted to order the burger from Uber Eats, if they're within the delivery area.

Even if you can't order the delicious creations from other cities like Los Angeles and Austin directly to your door, you can still find some inspiration for your next homemade burger.

After watching the videos, viewers can donate to Frontline Foods directly through the website.