The couple was swearing at each other when police arrived, and both appeared 'extremely intoxicated' 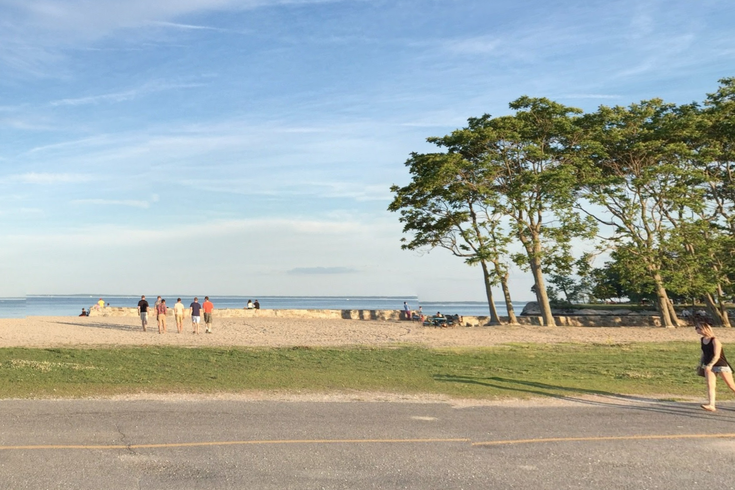 A Burlington County man and his girlfriend were both charged with breaching the peace at a Connecticut beach. The couple appeared intoxicated, according to police, and the woman "exposed her buttocks".

A Burlington County man and his girlfriend were both charged with "breaching the peace" at a Connecticut beach this week after the two got into an argument that turned heated and indecent.

Roger Dugan, 55, of Cinnaminson, New Jersey, and Cheryl Obradovich, 52, of Old Greenwich, Connecticut, were spending time at Cove Island Park beach on Monday when they began arguing, according to the Stamford Advocate. Police were called to the beach just after 3 p.m. in response to a report of a couple yelling, arguing, and swearing at each other for an hour.

When police arrived, Obradovich was yelling at Dugan and holding up both middle fingers in his direction, according to the Advocate. Dugan yelled back at Obradovich, police said, while she walked towards him.

Dugan, who was holding an "extra large Foster's beer can", according to police, allegedly pushed Obradovich away, spilling beer on Obradovich. Police believe both Dugan and Obradovich were "extremely intoxicated", per the Advocate.

Obradovich then allegedly pushed Dugan back, and began to walk away from where they had previously been seated. As she walked away, Obradovich's bathing suit bottom fell down, "exposing her entire buttocks to the public", according to police.

Both were released after signing promises to appear in court.