Burlington County residents evacuated after fire at military base

Brush fire breaks out at Joint Base McGuire-Dix-Lakehurst 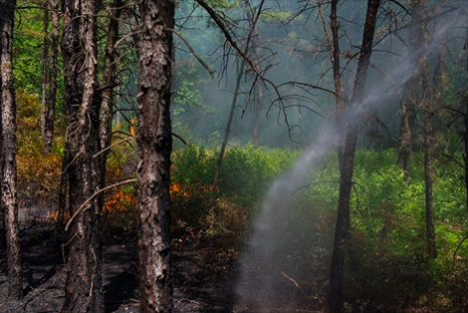 Burlington County residents in the area of Joint Base McGuire-Dix-Lakehurst were evacuated from their homes Wednesday afternoon after a 40-acre forest fire broke out and caused several traffic detours.

In a statement on Facebook, Joint Base McGuire-Dix-Lakehurst warned residents and commuters of the blaze, which broke out at around 2:30 p.m.

The majority of those evacuated reside in the Browns Mills section of Pemberton Township. They were asked to remain away from their homes until crews contained the brush fire.

The cause of the fire remains unknown, but Pitts said training exercises have occasionally resulted in fires as windy conditions can feed on bullet casings.

Another 2,000-acre blaze was contained last week at the same base, leaving plumes of smoke visible for miles. Earlier this month, a fire in the pinelands shut down Route 72 for several hours.