Bus driver tells police he did not realize he struck pedestrian 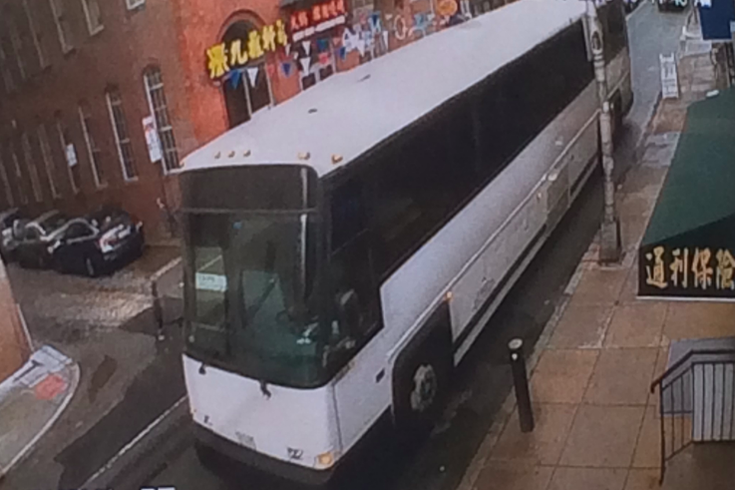 The driver of a tour bus that fatally struck a pedestrian in Center City Tuesday told police he did not realize he had hit anyone, Capt. John Wilczynski announced Wednesday at a press conference.

The Yep Tours bus, driven by Walter Jefferson, struck Joseph Heard as he was crossing the intersection at North Franklin and Race streets around 9:47 a.m. Tuesday. Heard, a 46-year-old South Philadelphia man, was pronounced dead at 10:14 a.m. after being transported to Hahnemann University Hospital.

Jefferson, a 66-year-old Philadelphian, is cooperating with police as they investigate the incident as a possible hit-and-run. He told police that he did not see Heard crossing the street or realize he had struck anything, Wilczynski said.

"He's just telling us that he left en route to Washington, D.C. with a group," Wilczynski said. "He doesn't remember anything like that happening."

Surveillance video shows Heard was crossing Franklin Street, heading east, when the bus turned left in the same direction, striking Heard on the driver's side. The bus dragged Heard about 50 feet before leaving the scene.

Jefferson told police he was not using a cellphone, Wilczynski said. Police have issued a warrant for Jefferson's cellphone records to verify his account.

Wilczynski was unsure whether Jefferson was making his first trip of the day. The speed of the bus was not an issue, Wilczynski said, and police do not suspect Jefferson was driving under the influence.

Wilczynski said it is too early to say whether police will recommend the District Attorney's Office charge Jefferson. He acknowledged it is possible that Jefferson did not see Heard due to a blind spot.

"It's going to take some investigating," Wilczynski said. "There won't be anything decided anytime soon."

Police are still trying to speak with the 19 passengers riding the bus. But Wilczynski said it is possible that the passengers might not have realized the bus struck Heard because the vehicle did not contain a rear window.

"The back of the bus doesn't have any windows," Wilczynski said. "If anybody heard or felt something, to look through the back, there's no windows there."

Police have not located any witnesses from the scene.

Jefferson has held a commercial driver's license since 1996. His only moving violation came in 2012, when he was cited for failing to yield, Wilczynski said.