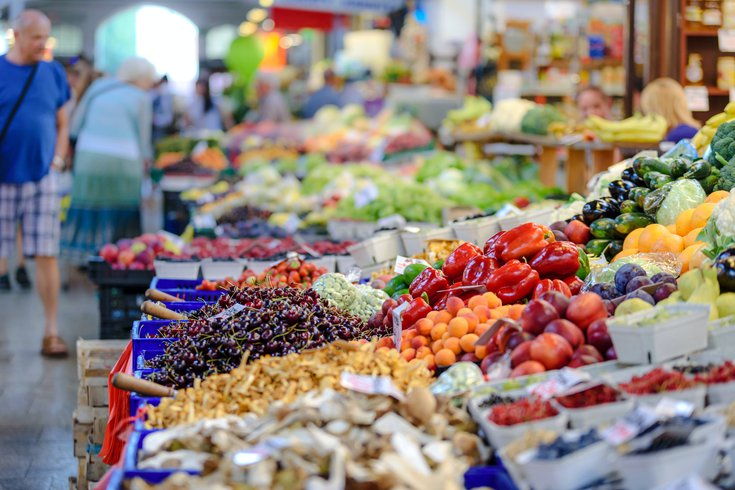 Federal prosecutors charged 60-year-old Caesar DiCrecchio for an alleged pattern of fraud and theft during his time as president and CEO of the Philadelphia Wholesale Produce Market.

The former president and CEO of a massive wholesale produce market in Southwest Philadelphia faces multiple criminal charges for allegedly funneling away $7.8 million from the company for his own personal benefit, federal prosecutors said Thursday.

Caesar "Sonny" DiCrecchio, 60, of Vorhees, New Jersey, was the head of Philadelphia Wholesale Produce Market, a sprawling complex on Essington Avenue with business roots reaching back several decades in the city's produce industry.

DiCrecchio had presided over the market for 20 years when he abruptly resigned in 2018, amid rumblings of a federal probe into his and the company's finances, as well as possible connections to other local crime figures.

Prosecutors detailed a range of methods DiCrecchio allegedly used to defraud the market, where he had full control over every aspect of its expenditures and funds. Over a period of several years, DiCrecchio is accused of the following abuses of the market's finances:

•Converting into cash $1.1 million in checks drawn on the market’s bank account and using the cash for his own benefit

•Causing $1.7 million in checks to be issued from the market's operating account to his friends or relatives

•Converting $320,000 in checks that were payable to the market and cashing them for his own benefit

•Skimming $2.6 million in cash from the pay gate at the market’s parking lot, which he used to pay market employees ‘under the table’ while keeping a substantial portion for his own use

•Using Market funds to provide a $180,000 loan to a vendor, which the vendor repaid directly to DiCrecchio

According to prosecutors, DiCrecchio concealed these activities by ensuring the payments were reflected in records as legitimate business expenditures. They were variously notated as maintenance, snow removal, insurance, legal fees and other false expenditure entries.

DiCrecchio also is accused of aggravated identity theft for allegedly cashing checks at a currency exchange using the name of a victim who had no knowledge of the arrangement.

Investigators allege DiCrecchio further concealed his activities by conspiring with two unnamed individuals to launder approximately $319,736, coordinating money orders at a currency exchange to obscure the use of market funds.

The IRS also investigated DiCrecchio's taxes and found that he allegedly attempted to evade more than $2.1 million in federal income tax for the the tax years 2014 through 2017.

"Complexity will not hide crime from law enforcement,” said Acting U.S. Attorney Jennifer Arbittier Williams. “Further, and as alleged here, ‘nickel and dime’ theft – skimming small amounts here and there over many years – is just as illegal as stealing one large lump sum. The charges announced today reflect our office’s commitment to uncovering and prosecuting complicated financial frauds.”