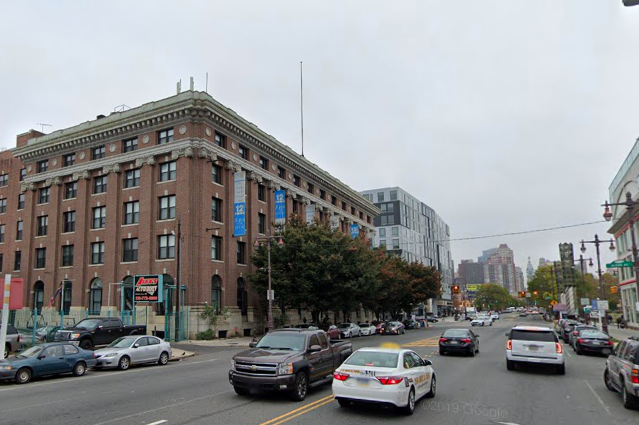 A minor crash in Philadelphia between an SUV and a dirt bike escalated into a dangerous road-rage assault on South Broad Street on March 9, 2021. Video of the incident, in which the dirt bike driver was briefly armed with a handgun, has been circulating on social media. Philadelphia police are investigating.

Philadelphia police have a man in custody as they investigate a violent road rage attack on South Broad Street, where a disturbing video of the incident was captured Tuesday and later spread on social media.

Authorities have not released the identity of the "person of interest" brought in on Thursday night, but said additional information will follow when formal charges are filed.

The attack happened Tuesday evening around 6:10 p.m. in the northbound lanes of the 1100 block of South Broad Street, which is just south of Washington Avenue. The video shows an SUV driver being confronted and assaulted by a dirt bike rider, who had been traveling among a large group of dirt bikes and quads.

The 25-year-old man in the SUV had been driving north on Broad Street when the group of ATVs came to an abrupt stop and the victim's vehicle struck one of the bikes. According to police, the driver of the SUV got out of his vehicle to check on the biker, who became hostile and demanded payment for the damages.

A gun is drawn at one point during the tense encounter.

Video of the incident, first shared on Instagram by a witness, shows portions of the rider's attack on the SUV driver. Police said they have received and are reviewing the video. A passenger inside the SUV, not seen in the video, also suffered unspecified injures, a police spokesperson said.

At the beginning of the first clip, the dirt bike rider is shown pummeling the driver of the SUV, who appears to be wedged between the partially open SUV door and his vehicle. Two other men, who appear to be part of the group of ATV riders, stand in the background and watch the commotion.

There's an unmanned quad shown just to the side of the SUV, but the location of the assailant's damaged motorcycle isn't clear in the video. (Note: The video below contains violence.)

Everyday I watch my friend’s stories & be so glad I don’t live in Philly no more 😂 pic.twitter.com/2Ote6M7lGv

At one point, as the assailant walks away from the SUV,  he shouts, "Let me see that," and approaches a man on an ATV that is stopped next to the vehicle where the woman is recording the video. The biker reaches out and is handed a gun from a person not visible in the footage.

The video suddenly cuts to a second clip in which the dirt bike rider is seen picking up debris from the roadway and hurling it at the white SUV. Objects are thrown at the car's windows, including a large unidentifiable object that the attacker needed both hands to pick up.

He throws that at the vehicle at least three times. Towards the end of the video, the assailant is seen heaving the object through the driver's side window of the SUV, where the driver had remained locked inside after escaping the initial attack.

Police said the SUV driver reported minor injuries from the assault and from being cut by broken glass.

The dirt bike rider was riding a green bike, police said. He is approximately 27 years old and has long braided hair that is dyed blond.

"Like most, I was both shocked and sickened by the utter lawlessness I saw in that video," said Philadelphia Police Commissioner Danielle Outlaw. "The individual responsible is in custody, and I want to thank our detectives for their quick work in identifying the suspect. I also wish a speedy and full recovery to the victims of this senseless assault."

No weapons had been recovered as of Thursday afternoon, police said, and South Philadelphia Detectives continue to investigate.

The Mayor's Office said Thursday that the city is aware of the assault and is gathering information.

The incident highlights two ongoing dilemmas in the city: the prevalence of guns and the problems with illegal ATV and dirt bike riders on Philadelphia streets.

It is against the law to drive such vehicles anywhere in Philadelphia. ATV and dirt bike riders have been known to ride in large groups — particularly on Broad Street — and create dangerous conditions for other motorists.

Philadelphia police will confiscate these illegal vehicles when they receive tips or locate where they are stored. Most of the vehicles are obtained from overseas suppliers and sold at discount stores without proper documentation, police said.

Giving chase to so many illegal vehicles on a daily basis isn't feasible or safe, but Tuesday's incident is an extreme example highlighting why the problem cannot be ignored.

Some seeking a solution to Philadelphia's noisy and dangerous ATV problem have called for a dedicated ATV park where owners of these vehicles can legally ride them, but that raises questions about how the vehicles would be transported to and from such a location and whether those who use the vehicles hold valid licenses to operate them.

Some members of Philadelphia City Council have expressed support for the idea over the past year, when ATV riders have increasingly taken advantage of chaotic pandemic circumstances.

The shocking nature of Tuesday's assault will likely renew concerns as warmer weather arrives in Philadelphia.