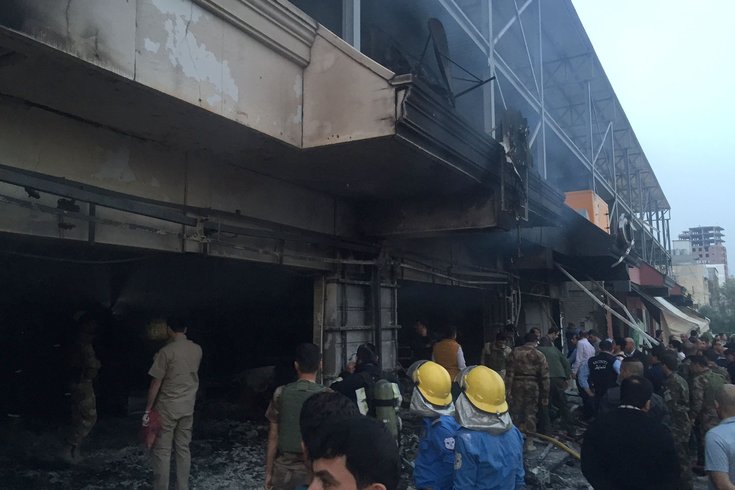 Emergency workers gather at the scene of a car bomb in northern city of Erbil, Iraq, Friday, April 17, 2015.

A Reuters witness heard the blast which was followed by brief gunfire.

"A car bomb exploded outside the entrance to the U.S. consulate," Nihad Qoja told Reuters. "It seems the consulate was the target."

Photographs posted on social media showed black smoke rising from behind multi-storey buildings in the Ankawa district, a predominantly Christian neighborhood packed with cafes that is popular with foreigners.

There was no immediate word on whether the U.S. compound, which houses diplomats and other staff, was damaged.

Bombings are rare in Erbil, the capital of semi-autonomous Iraqi Kurdistan, an important partner in a U.S.-led coalition fighting Islamic State militants who have seized swathes of Iraq.

Kurdish peshmerga fighters have driven back Islamic State in northern Iraq with the help of U.S.-led coalition air strikes.