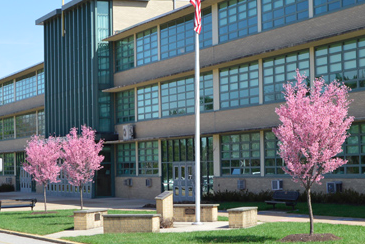 Colette Scorzetti, a female senior student at Cardinal O’Hara High School, a co-ed Catholic school in Springfield, Delaware County, has taken to her personal Facebook page to express her disdain over what she called "a disturbing talk about 'modesty,'" the school hosted for its female students.

The talk, held on Wednesday, was presented by Brenda Sharman, a former Miss Georgia USA and a national spokesperson for Pure Fashion, described as an international faith-based organization for teen girls to "re-discover and re-affirm their innate value and authentic femininity," PhillyMag.com reported.

According to Scorzetti's post, the talk's topics included telling O'Hara's female students to "dress appropriately so as not to stimulate the boys," and to "treat our virginity as a gift to our future husband," the latter of which Scorzetti said was coupled with the analogy of "a birthday present that had already been used and was therefore worthless."

But let me get one thing straight. That does not give anyone the right to tell you that you shouldn't be in charge of your own body. ..."