Thomas Jahanian, 28, was pulled from the water in Pittsburgh on Saturday afternoon 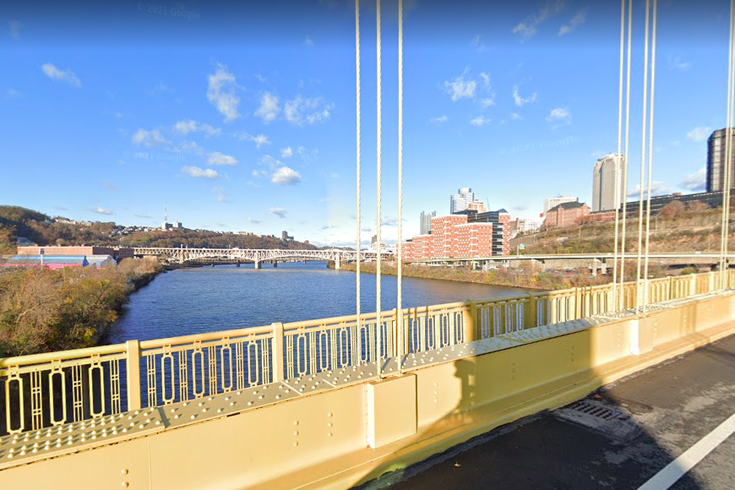 Thomas Jahanian, 28, the son of Carnegie Mellon University president Farnam Jahanian, died during a drowning incident in the Monongahela River near the 10th Street Bridge in Pittsburgh, pictured above, on Saturday, Sept. 25, 2021.

The Carnegie Mellon University community is mourning the death of Thomas Jahanian, the 28-year-old son of President Farnam Jahanian, who drowned Saturday in the Monongahela River.

The incident happened in the area of the 10th Street Bridge in Pittsburgh, where the Pennsylvania Fish & Boat Commission reported seeing Jahanian go under water around 1:45 p.m.

Pittsburgh River Rescue pulled Jahanian from the water within minutes of the initial report. He was taken to 18th Street Wharf before he was transported to a local hospital, where he was pronounced dead, KDKA in Pittsburgh reported.

A spokesperson for Carnegie Mellon University issued a statement about the incident on Sunday.

"I can confirm that yesterday afternoon, Carnegie Mellon University President and Mrs. Jahanian's son, Thomas Jahanian, tragically passed away in a drowning accident," the spokesperson said. "The Jahanian family expresses immense gratitude toward the bystander who saw him in need of assistance while swimming and immediately called 911, in addition to the rescue teams on the scene and the medical professionals at the hospital. The family asks for privacy as they mourn the unexpected and tragic loss of their son."

The circumstances of Jahanian's drowning were not provided. The Allegheny County Medical Examiner had not provided an official cause of death as of Monday morning.