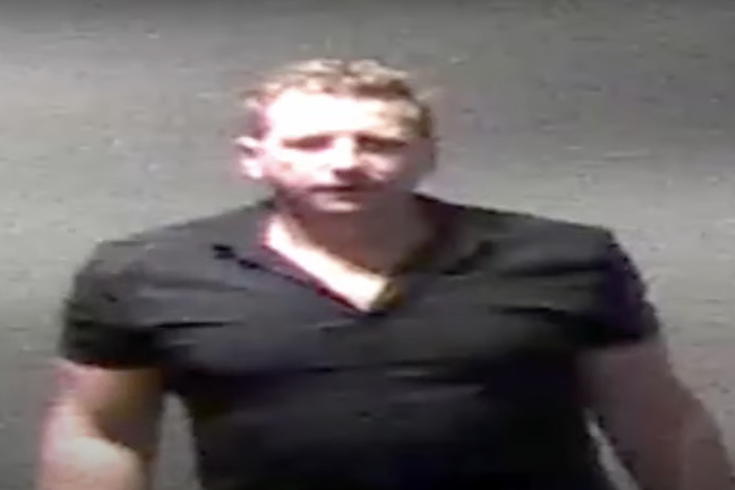 Police say the man pictured above is wanted for assaulting another concertgoer inside a restroom at Citizens Bank Park during the Hella Mega Tour on Aug. 20.

Philadelphia police are searching for a man who assaulted another concert-goer in a bathroom at Citizens Bank Park during last month's Hella Mega Tour, which featured headliners Green Day and Weezer.

On Friday, investigators released surveillance video and still images of the suspect in the Aug. 20 incident.

According to police, the person who was attacked got into an argument with the suspect and was struck several times in the face. The incident happened in one of the ballpark's restrooms around 10:20 p.m.

Police did not say what may have led to the argument at the concert, which had been rescheduled after the tour was delayed last year due to the coronavirus pandemic. Fall Out Boy and The Interruptors also performed at the show, which ran longer than five hours.

Anyone with information about the suspect sought by Philadelphia police is asked to contact the tip line at (215) 686-8477 or by text at PPDTIP (773847). Emails can be sent to tips@phillypolice.com.