Casino expansion project a $50M walk in the Parx 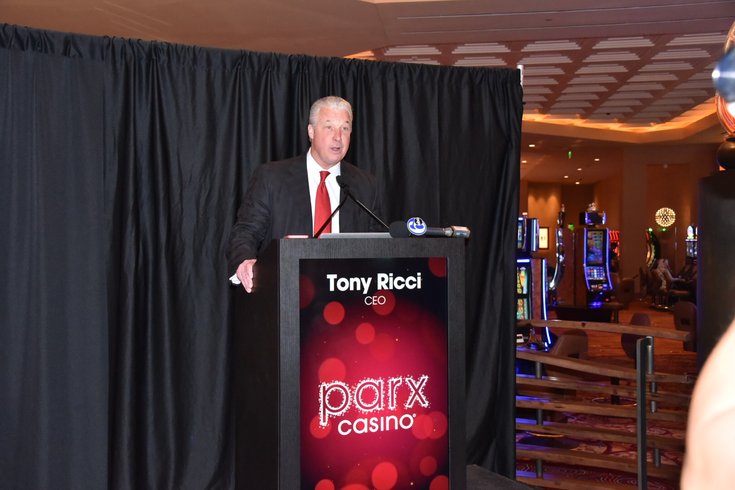 Parx Casino CEO Tony Ricci addresses members of the media during the announcement of the casino expansion on Wednesday, May 3, 2017.

Show business, dining, and poker will be the focus of a 45,000-square-foot, $50 million expansion project announced today by Parx casino.

When construction, which is expected to conclude this fall, is completed, the Bensalem, Pa. gambling den will have added two restaurants, a new poker room to be located in the main casino area (the current facility is part of the property’s separate horse-racing complex) and, most significantly, a multi-purpose event venue, dubbed the Xcite Center, that will seat 1,500 for performances by a roster of talent that–promised casino CEO Tony Ricci–will equal that of any Atlantic City casino.

According to Ricci, who presided at an event announcing the plans, the expansion is aimed at providing more non-gambling reasons for people to visit the sprawling, 10-year-old complex that perennially ranks as one of the state’s most successful casinos. The project, he offered, will “expand our reach” beyond those who gamble, and make his property more of a regional—rather than local—destination.

The linchpin of the expansion is the event center. According to Ricci, the 1,500-seat space will boast state-of-the-art technology and acoustic design, and provide visitors a chance to see headline-level acts in a relatively intimate setting. It can also be used for trade shows, private parties, and similar activities. The venue will be the first such facility in the Lower Bucks County/Northeast Philly area—a region that is home to hundreds of thousands of people who will likely appreciate not having to drive to Center City or Atlantic City to see big-time entertainers.

The two planned eateries are the first outpost of Lombardi’s pizzeria, a New York City institution for more than a century, outside of Gotham’s Little Italy, and the high-end Liberty Bell Gastropub, which will offer a “farm-to-fork” menu emphasizing locally sourced food.

The poker room, said Ricci, is designed not only to make players feel more a part of the action, but to enhance the casino’s reputation among poker devotees. Using the lavish card room at Wynn Las Vegas as a reference point, Ricci pledged the new, chandelier-bedecked space “will be the best poker room on the East Coast.”