The hemp derivative reduces cravings and eases anxiety in patients 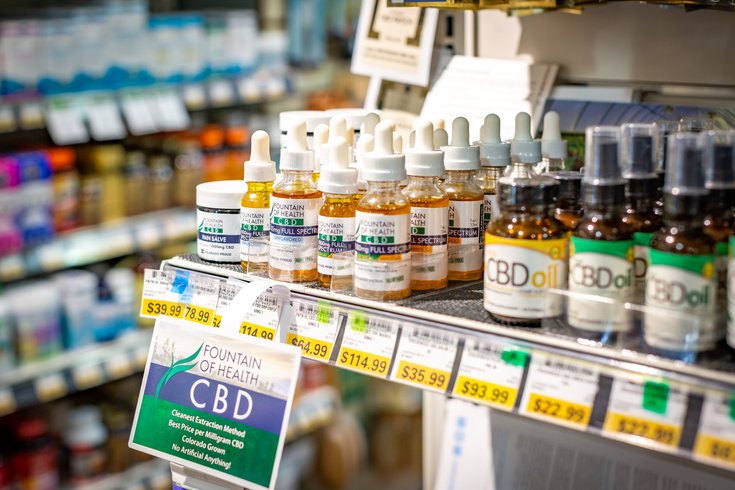 Fountain of Health full spectrum CBD oil products sit on the shelf at Across the Way, the wellness and pet supply store by Weaver's Way Co-op in Mt. Airy.

CBD, the readily available, non-psychoactive hemp-derived anti-inflammatory product that Philadelphians and folks nationwide use to treat everything from pain to anxiety, just got another use added to its list.

A new study published Tuesday in The American Journal of Psychiatry out of Mt. Sinai Hospital in New York found that cannabinol, or CBD, helped reduce cravings and anxiety in patients in recovery from heroin addiction, CNN reports.

This study, albeit a small one, suggests that CBD may be able to play a role in overcoming heroin addiction.

RELATED READ: Medical marijuana and CBD are taking off: can it help you?

According to NBC News, the study involved 42 men and women ages 21 to 65 with heroin use disorder who have recently stopped using the drug. The participants were split in half with one group receiving a placebo, while the other received between 400 and 800 milligrams of CBD once a day.

Researchers then exposed each individual to some cues that could illicit a drug craving. Those who received CBD had much lower cravings and reported less anxiety, with a lasting effect of up to seven days, NBC adds.

“To address the critical need for new treatment options for the millions of people and families who are being devastated by this epidemic, we initiated a study to assess the potential of a nonintoxicating cannabinoid on craving and anxiety in heroin-addicted individuals.”

Per the release, Hurd and her team are working on two follow-up studies pertaining to CBD, the brain and potential medical treatments for opioid use with CBD.