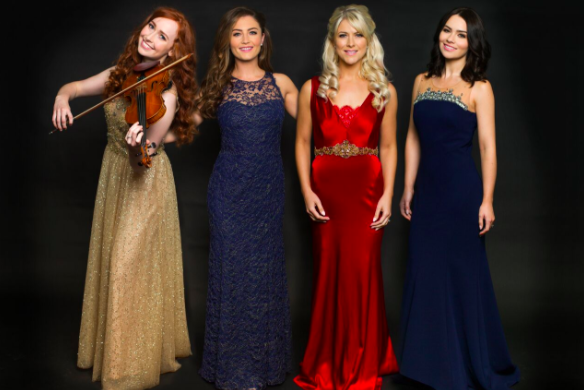 Celtic Woman appears Thursday, March 22 at the Academy of Music.

When Celtic Woman were assembled in 2004, it was for a one-off event. It was a concert at the Helix in Ireland, which was broadcast by PBS in 2005.

The members of the all-female Irish ensemble were about to part ways after the event. However, days after the concert, the group remained intact due to the enthusiastic response. The original lineup of four vocalists and one violinist is history. Now, with three vocalists and one violinist, Celtic Woman brings it "Homecoming" tour to the Academy of Music tomorrow night.

RELATED STORIES: Recording in a river: Violinist Andrew Bird explains why he does it | Orchestral Manoeuvres no longer in the Dark | School of Rock founder returns to doing what he loves best

Their lineup has changed quite a bit over the years. But the act, which has former members in the double digits, has remained successful. Over nine million albums have been sold and Celtic Woman have been named Billboard World Album Artist of the Year six times.

"There is no story quite like ours," vocalist Mairead Carlin said while calling from Jacksonville, Fla.

"We just keep rolling along." 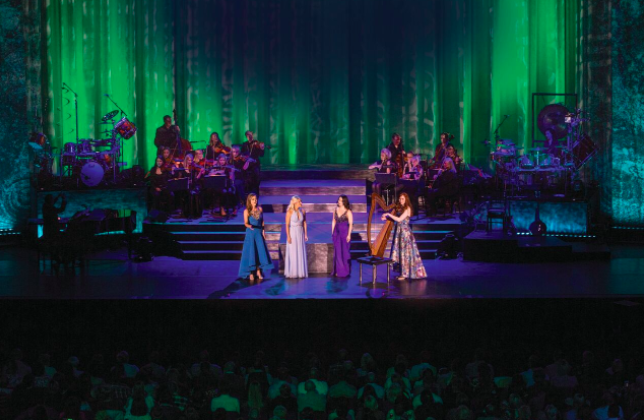 “We don't follow any formula. For us, it's all about the honesty and integrity.”

Carlin, along with fellow vocalists Susan Mcfadden, Eabha McMahon and Tara McNeill, is touring in support of their latest DVD, "Homecoming: Live From Ireland."

"It was magical performing and recording at home," Carlin said.

"It was very emotional. It was a special night because it's Ireland. It takes us back to where it started for all of us. It's amazing how much music has come out of such a small place. We're from this tiny island, which has given the world so much music – U2, Sinead O'Connor, The Chieftains and so many other great recording artists."

"I love their voices," Maloney said.

"There is nobody else like Celtic Woman. They should be so proud since they're so successful. They are so popular in America. It took us years to get an audience here, but it seemed to happen fairly immediately for Celtic Woman."

The 2005 PBS special helped connect Celtic Woman with American audiences, who became enamored with their Celtic sound and performance, which includes a full ensemble of musicians and dancers. The Celtic Woman four-month tour will take the ladies across the country to 90 cities before wrapping up in June.

"We particularly do well in Philadelphia. I love that city. Philadelphia has always been one of our best markets. We do so well there in March."

There's music. There's visuals. And we have so many other elements. It's an old-time show that you just don't see anywhere else."

But it's not just the time of the season that's a reason for Celtic Woman's success. The act's audience enjoys the blend of Celtic, New Age and adult contemporary. Pretty harmonies sung by the ladies, impeccably clad in ornate designer gowns and the elaborate choreography of Irish dancers and a full band playing traditional Irish instruments is all part of the production.

"I think we have something for everyone," Carlin said.

"There's music. There's visuals. And we have so many other elements. It's an old-time show that you just don't see anywhere else."

Celtic Woman has a deep, 19-album canon to sift through while making a set list.

"It's a challenge, but I would rather have more than less when it comes to putting a show together," Carlin said.

Each of their albums is filled with dramatic, baroque songs which range from the traditional ("Ave Maria," "Isle of Innisfree") to classics ("Danny Boy," "Over the Rainbow") and to modern favorites (Simon and Garfunkel's "Bridge Over Troubled Water," Sting's "Field of Gold").

"We do things our own way," Carlin said. "We don't follow any formula. For us, it's all about the honesty and integrity."