Orchestral Manoeuvres no longer in the Dark 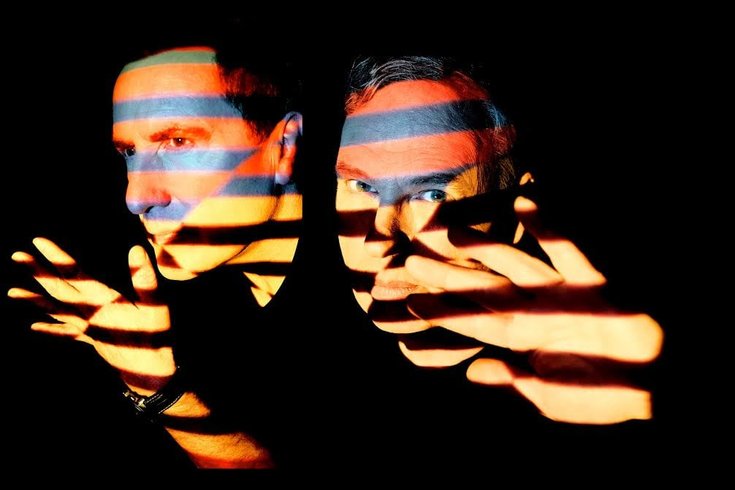 Courtesy of Tell All Your Friends PR/for PhillyVoice
Read More

Andy McCluskey and Paul Humphreys started Orchestral Manoeuvres in the Dark (better known as OMD) in 1978 to showcase their innovative ideas pertaining to minimalist electronic music and coolly detached lyricism. It didn’t take long, however, for their then-exotic sound to generate smash pop hits – including 1980s anti-war anthem "Enola Gay," and their smartly romantic "If You Leave" for director John Hughes’ era-defining film “Pretty in Pink.”

Like many electro-pop acts, OMD splintered by the '90s only to reform in the 2000s not as nostalgic hit-makers, but new music crafters with fresh albums such as its recent “The Punishment of Luxury.” We caught up with McCluskey via telephone in Washington, D.C. before the band’s Philly date at Theatre of Living Arts on March 7.

Q: You and Paul are about the same age. Which one of you is aging better?

A: (laughs) I would not touch that with a barge pole, mate. I am 8 months older than the dear boy. We’re both hanging on, let’s just say.

Q: OMD have been reunited since 2006, 12 years now. Did you imagine this would last and remain aesthetically rewarding?

A: I don’t believe that we really knew what to anticipate when we decided to start working together again as OMD. We stopped – split up at the end of the 80s – then I stopped carrying on under that same name in the mid-90s when the cultural timeline became more apparent that the band was perceived as an 80s synth band. That simply was not in vogue because of grunge and Brit pop.

Q:  That was a lousy time for music, to be honest.

A: Yeah, but what I didn’t realize was – in the 90s – it was the beginning of the post-modern era that ultimately detonated that timeline, where nothing would be new, nothing would be old, and if you had a catalog that people thought was good, you were allowed to get back on the train. So, we decided to have a go again, and after 2 years of gigs, it was rewarding. But then we asked each other ‘are we just a tribute band to ourselves?’ So we decided to write new music, a hard task to do, but we’ve been happy with the results.

Q: Do you believe that disbanding created a deck-clearing clarity going forward?

A: I do. I just wish that we had found a less dramatic way of doing that than breaking up in the first place. The issues at play in the late 80s – and I hate to mention it because it sounds trivial and pathetic – found money to be a big deal. We sold about 12 million albums and 20 million singles by that point and we still owed our record company 1 million pounds (approximately close to 1.4 million USD as of this writing). It wasn’t because we had been buying castles and yachts. We just signed a nearly criminal deal. Had we been like Depeche Mode and had a profit splitting deal with the label, we would have been fine. Beyond the money was the pressure to have to tour the world and keep recording under maddening schedules, or else you’re out in the cold. We were making music without the proper inspiration. I just wish someone had said to us, ‘take a year off you’ll be fine. We’ll cover for you.’ Unfortunately we had to make that decision for ourselves 17 years later.

Q: Looking at the slate of records that OMD has done since reuniting, a new set of sounds and tech innovations has emerged. Yet, you went back to the spare experimentalism and richly melodic craft of your past. Conscious decision or organic process?

A: We certainly analyzed our output and felt around to find and acknowledge our best. We changed our style a bit in the middle 80s and looked back on that as craftsmen who had lost their zeal. We did not give ourselves time then to explore inspirational, exciting things – lyrics about something that fascinated us or sounds that challenged us. All of these things were considered once we began recording new music after 2006. We decided that we wanted to get back to the ‘minimality’ of our start. Along with my voice and our melodies, that is our signature. We wanted to retain that, but not be a pastiche. The earliest OMD songs were about asking questions musically and lyrically. We do that again now.

Q: Would you say that the questions that you have for yourselves lyrically have anything to do with the fact that, in your past, everything was about disconnection and cool-to-the-touch futurism? And that now, it’s all blood, guts and emotion and seems more personal?

A: Wow, that’s a question I’ve never been asked. I think when I was young – and I write most of the lyrics – I was writing from a far more intellectual place. I was more interested in my head than expressing my feelings about relationships. Because I saw most other song lyrics as terribly clichéd, I wanted to express feelings but wrapped up in metaphor or something obtuse. Now with the passage of time, I have experience and raw emotions; I am prepared to take my armor off. I can afford to be exposed to potential hurt, shame and embarrassment. Utopian aspirations have gone Dystopian. And I’m sure being a father having children has changed my writing as well.

Q: With what you just said, how do we look at the idea behind ‘The Punishment of Luxury’ and its anti-consumerist vibe?

A: I did quite a lot of re-assessing of the world and my place within it – the broader picture – and came up with the that I had spent money on certain comforts that meant nothing to me now that have wasted my money and time. Most people in the western world – most – are better off than they were previously though that is starting to change. We have been so brainwashed by decades of clever marketing – pressing our most insecure buttons – we are forced to wonder what the name on our car or clothes say about us, or what my wife’s looks say about me. That’s frightening.

Q: An affinity for a brand of electro-pop you helped create or innovate aside, what did having monster huge US singles do for OMD? Was it always positive?

A: In hindsight, it was a mixed blessing. Once you sign a record contract, you’re excited. You can become a full-time musician paid to do what you love every day without having to have a day job. That’s great. But after a while, unconsciously, what slides up behind you is that, for all that you’ve done and sold, you are still struggling to pay for mortgages, that you lose money going on tour, or perhaps the packaging on the last record sleeve was too expensive. You start to feel pressure to sell or else. No bones about it – hits or not – we had lost the feeling for making records that were original with something bold to say and sound like. That said we are back on track with doing just that.