Amanda Seales is a Diva no more

Is the comedian, actress, VJ and former half of Floetry looking to the future, while trying to forget the past? 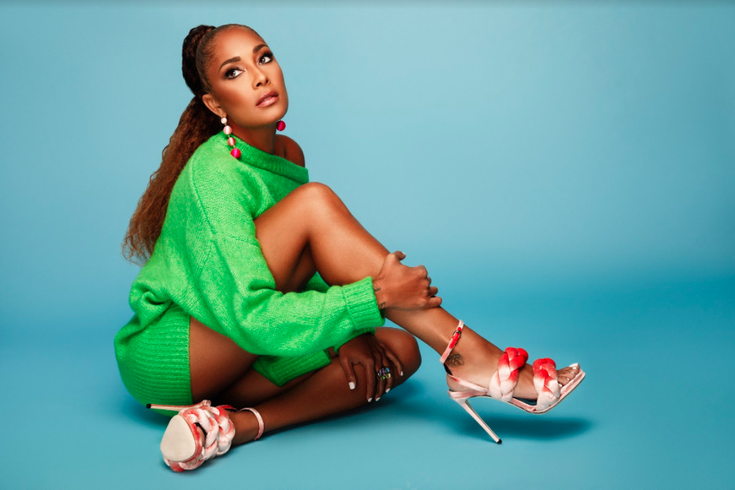 Since her 2002 appearance on Russell Simmons’ “Def Poetry Jam,” Amanda Seales has been a doyenne of hip-hop culture. Maybe it was her role as VJ on MTV2’s “Sucker Free Countdown,” or her gig as Floetry’s 2007 tour rapper when she replaced Natalie Stewart in the soul-hop duo. Then again, it could be Seales’ lectures on the language of rap (she’s got a Masters in African-American studies with a concentration in hip-hop from Columbia University), or her annual appearance as the host of The Roots Picnic at Festival Pier. No matter. Seales – who currently appears on HBO’s “Insecure” – has been touring as a stand-up comedian for half a decade and lands at Helium Comedy Club tomorrow night.

Q: Between the Philly-based Floetry and your work with The Roots on the Picnic, you have been in and out of this city quite a bit in the last 11 years. What is your vibe on us?

A: Philly has always been such a soulful place. Whether it’s "Rocky" or music or sports – as we’ve seen this month – it’s a town rooted in community. Look at The Roots. They’ve had all that success on television, and playing around the world, and yet, they still come back home for that festival.

Q: Are you still affiliated with the [Roots] Picnic as host and are you looking forward to Dave Chappelle’s jam there?

A: Well, I have been told that I am hosting, but until I have an offer, I don’t believe sh*t.

Q: Sticking with Philly, you were part of Floetry with Marsha Ambrosius as "Amanda Diva." What changed?

A: Do we have to go there? That doesn’t do anything for me. I haven’t used that name in ages – I’d rather focus on comedy and not bringing people back from 10 or more years ago.

Q: What do you recall about the first set of funny ideas you ever put forth in public as stand-up?

A: November 2013 was my first official stand-up on a stage, but, two years prior to that, I had decided that I was going to try stand-up on the train in New York. I had a few friends come out and ride the train with me and a videographer to film me. I don’t know why I thought that was a good idea, but it did wind up getting me ready to tell people jokes...sharing my humor. Now, people did laugh, but if you are thinking of jumping on SEPTA and trying the same thing, don’t do it at the end of the day. People are tired and they are not interested.

Q: So what interests you in February 2018 enough to build a stand-up routine?

A: I like talking about the zeitgeist whether it is Black History Month or the #MeToo movement or gun control. But, I’m rooted in women’s issues and the black community and calling out sh*t people do wrong now, but don’t usually address – like why white girls are annoying.

Q: You mentioned during a recent radio appearance with "The Breakfast Club" team that seeing "12 Years a Slave" in 2013 changed your life; that from that moment on you would go hard on focusing on the black experience and black acceptance. How do you view everything that you did before that epiphany?

A: It wasn’t as if I didn’t pursue things or speak for that point of view before that. It’s just that there was all of this overhead that said I had to temper my language: You need to be less vocal. You need to be less ardent. You need to speak about things that are appealing to a broader audience. You need to be safer, happier and more approachable to white people. You need to be more mainstream, more generic. I would pursue that. Be that; even though it never felt right. "12 Years a Slave" made me want to speak in my authentic voice through a black lens. I shouldn’t feel as if that was limiting. Instead, it gave me a new sense of clarity. I could exist in that creative space.