CES wraps up with meatless burger the product winner

A foldable TV, a meatless burger, and a banned sex toy- what went down at CES this year. 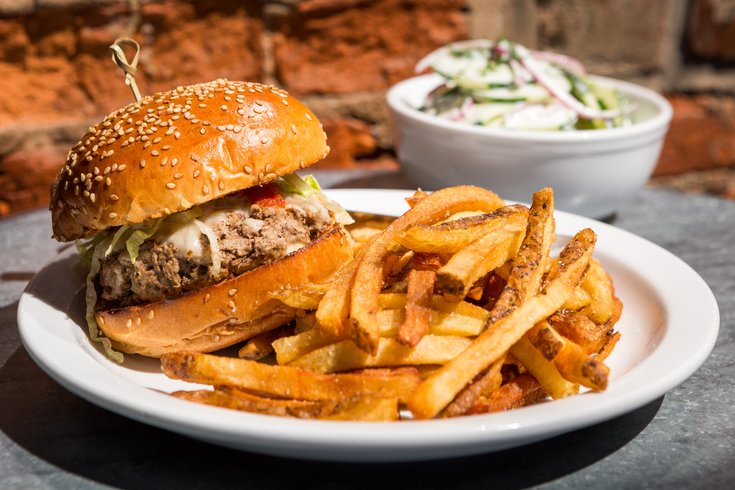 The annual International Consumer Electronics Show, the world's largest trade show and the place where many of the year's electronics products are unveiled, wrapped up its 2019 edition over the weekend. And the overall winner in the event's official awards wasn't a TV, a robot, or a pair of headphones.

It was a burger.

The Impossible Burger 2.0, the second edition of the shockingly meat-like meatless burger from Impossible Foods, won three awards in the official Best of CES honors, which were presented by tech website Engadget. The burger won Best of the Best, as well as Most Unexpected Product and Most Impactful Product, as well as additional awards from other media entities.

The burger, which is already served in some restaurants, was described by CNET as so realistic that it made the vegetarian reviewer's "stomach turn."

Meanwhile, the People's Choice award went to The Heated Razor, from Gillette Labs.

Of course, there was plenty of more traditional tech at the show.

Rob Stott, the Philadelphia-based executive editor of technology publisher CT.Lab, attended the show and told PhillyVoice that "the three things that I had the biggest takeaways on were 8K, 5G, and VR."

While virtual reality has been around, in various formats, for a few years, 8K and 5G are both technologies of the future, as Stott wrote in his review of the show at Dealerscope magazine.

"The 5G revolution is going to have a major impact on each and every thing that we do as humans, I don’t doubt that," he wrote. "What I do doubt is the immediacy of that impact." He had similar reactions to 8K video displays, which looked amazing despite a lack of currently available content in that format.

Stott didn't get a chance to try the Impossible Burger, but he told PhillyVoice that what most impressed him at the show was LG's new rollable TV, which won the Best of CES award for Best TV Product.

"The LG OLED R TV (rollable) was by far the most exciting product that I came across out in Vegas," Stott said. "TVs haven't seen much innovation aside from getting thinner and smarter—which isn't really something to complain about. But LG found a way with this rollable TV to take a fairly mundane, albeit important, product and completely revolutionize it. You don't realize how much space a TV takes up in the home, especially when it's turned off and sitting there as this big black box in the middle of a living space." 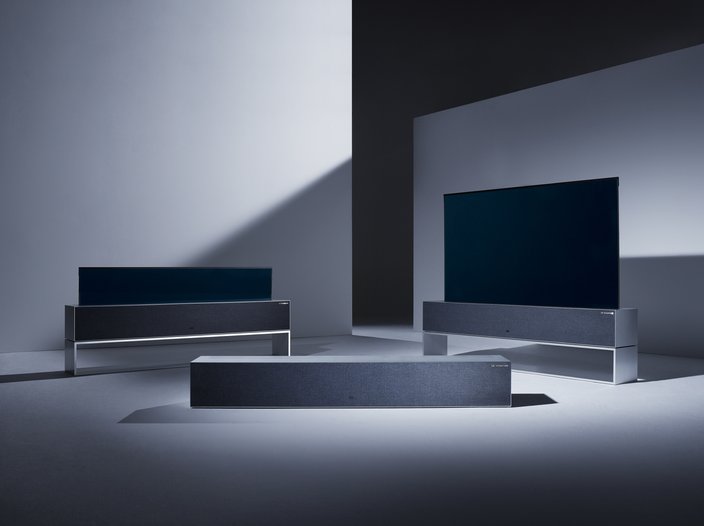 Courtesy of LG /for PhillyVoice

CES, as it does most years, had its share of controversies. Prior to the event the Consumer Technology Association (CTA), the organization that produces CES, had presented an Innovation Award to the Ose, a sex toy for women made by a company called Lora DiCarlo.

But, as reported by Buzzfeed, both the award and the exhibition spot that came with it were rescinded before the show, as organizers invoked a clause that excluded products that were “immoral, obscene, indecent, profane, or not in keeping with CTA’s image.”

There was also a controversy, Mashable reported, over cannabis-related products being excluded from the show. And a report out of CES that a robot had been struck and destroyed by a self-driving Tesla was widely believed to be a hoax.

Another possibly controversial product was unveiled at the show: A company called Synamedia debuted technology that can track whether customers are sharing passwords or login credentials to streaming services.

While various media outlets framed this news as the end of password-sharing, Synamedia did not announce that it had signed up Netflix or any other leading streaming service as a client, meaning that any password-streaming apocalypse is likely a ways off.

"I got the [impression that they] didn't have any customers lined up quite yet, but their proposition is really interesting," Stott told PhillyVoice. "If Synamedia's numbers are accurate that 26 percent of millennials are password sharing, that's a massive amount of potential lost business. It's not like Netflix is hurting for subscribers; their numbers continue to climb. But I could understand their desire to cash in on that much potential revenue."