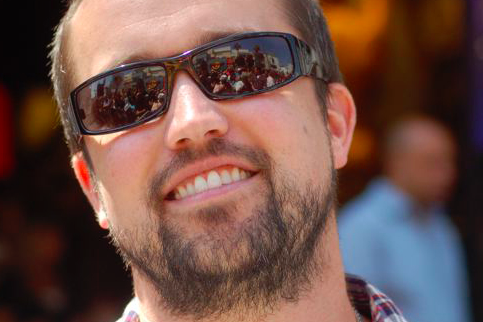 Rob McElhenney at a ceremony for Danny DeVito to receive a star on the Hollywood Walk of Fame.

Rob McElhenney recently joked that it was Eagles' center Jason Kelce who played "Fat Mac" on Season 7 of "It's Always Sunny in Philadelphia."

That was obviously just another gag that exemplifies McElhenney's close relationships with Philly athletes.

It's well documented that McElhenney packed on some 50 pounds in an effort to challenge the tendency TV actors have of getting better-looking as shows progress. If he were a real person, there's no way Mac wouldn't have gotten badly out of shape at some point.

Nearly seven years have passed since Mac began "cultivating mass," an all-time euphemism that was always meant to be the precursor to a harvesting stage, as suggested by frail and anemic Dennis.

The transformation is complete. Fat Mac is now Jacked Mac. That is officially certified by friend of the show and former Phillies hero Chase Utley.

McElhenney, a vocal supporter of LGBTQ rights, also experimented with Mac gradually coming out of the closet over the course of the past several seasons of the show.

This past weekend, McElhenney was out at Philadelphia's Pride Parade, where he showed off his body alongside wife Kaitlin Olson and cast mate Danny DeVito. The appearance yielded a glorious photo for the ages.

this image is too powerful pic.twitter.com/ngi6LoFKch