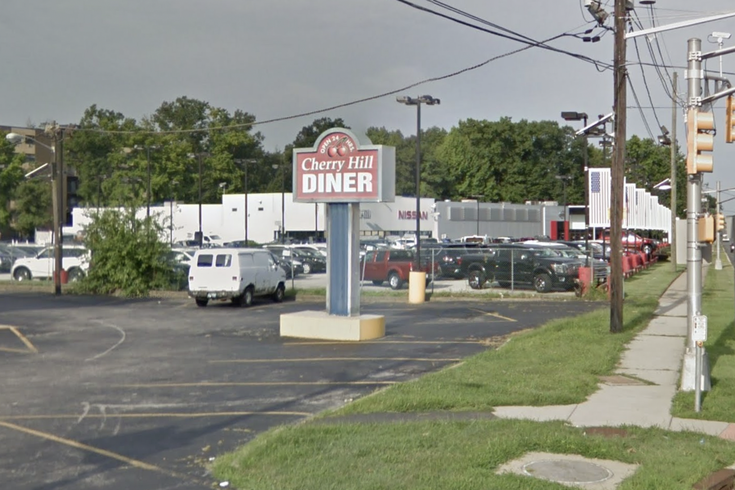 Cherry Hill Diner, formerly known as the Windsor Diner, will be demolished and replaced with a car wash later this year. The restaurant, on Route 38, has been open since 1965.

The Cherry Hill Diner on Route 38 will be demolished and replaced with a car wash later this year. The change has left many residents mourning the loss of a staple of South Jersey's diner culture.

The Cherry Hill Planning Board voted, 5-2, Tuesday night to finalize a proposal to open a Tidal Wave Auto Spa, a Georgia-based car wash chain, on the diner's lot along Route 38 near Cooper Landing Road. Another car wash, the Auto Shine Express, sits just half a block from the site.

Tidal Wave Auto Spa will be open 12 hours a day and serve an estimated 39 cars per hour, with two lanes for vehicles to pass through, according to an operations report from the developer, PJ Land Development. The 3,620-square-foot automated car wash will be staffed with up to 12 employees and feature 24 free vacuum stations for customers to use.

It remains unclear when the Cherry Hill Diner, which has operated for 58 years, will be demolished.

Members of the Cherry Hill United Facebook group have been sharing memories of their diner experiences and concerns about what the diner's closure means for the fabric of the South Jersey community. Residents successfully fought against a controversial proposal to add a Wawa with gas pumps to the crowded Barclay Farms Shopping Center on Route 70 in December.

Other members weren't as sad to see the diner go, noting the site is zoned for commercial uses, though PJ Land Development's proposal included several requested variances and design waivers. Several board members said they were reluctantly voting in favor of the proposal, reported 70by73, a local outlet that reports on issues impacting travelers on Routes 70 and 73 in South Jersey.

"The more I think about this, the more upset I get," wrote John Smarkola, a Cherry Hill resident. "This diner is a part of Cherry Hill history; it goes back to at least the early 1970s. We're losing everything."

The Cherry Hill Diner opened as the Windsor Diner in 1965 during a development boom. Four years earlier, Cherry Hill had changed its name from Delaware Township.

The diner was renamed in 2002 when it was purchased by Dimitrios "Jimmy" Manestas, the so-called "Diner King of New Jersey" who also operated the former Mastoris Diner in Bordentown before selling it in 2018. The diner closed its doors permanently early last year.

The Cherry Hill Diner serves a wide variety of foods, including cheesesteak egg rolls, snapper soup, family-style entrees like chicken parmesan and meat loaf, and all-day breakfast. In many ways, it's a classic diner in an area of the country that is still known for its diner culture.

"New Jersey is the diner state, and we're losing the good ones," Lisa Soley, a Cherry Hill resident, told the Inquirer when the proposal was made public earlier this month. "I'm not a food snob. But there's a difference between franchise food and mom-and-pop food."

New Jersey has been called the "spiritual home" of the American diner, a concept known for retro chrome decor, checkered floors and a plethora of comfort foods. Many New Jersey diners are still open 24 hours a day and have rich histories of serving regular customers for decades.

PJ Land Investment previously received approval from the Planning Board to demolish several small offices along Route 70 to build another Tidal Wave as part of the chain's expansion into New Jersey.