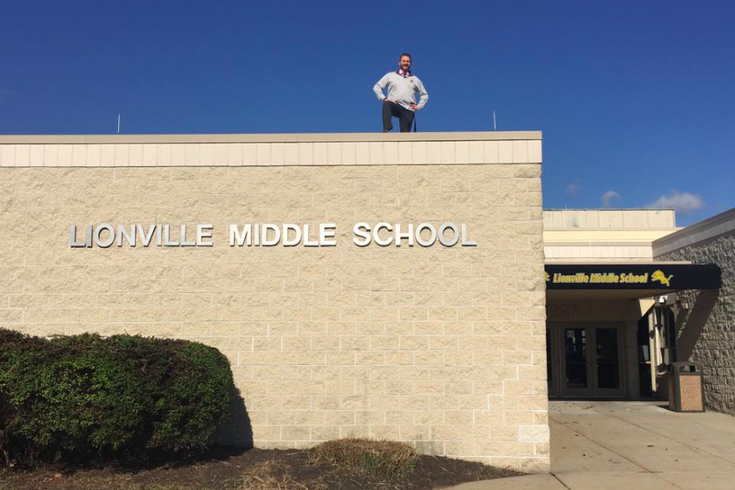 Anyone who has seen the exaggerated HBO series "Vice Principals" — and still has brain cells left — knows there is a real competitive fire in the people who run America's schools.

In real life, instead of directing that energy toward backbiting and destructive purposes, you're more likely to see school administrators urging their students to do good in the world.

That was the risky proposition made by Lionville Middle School principal Jon Ross, who agreed to a bet that if his students raised $7,500 for a Thanksgiving Turkey Trot event, he'd be willing to camp out for a night on top of the school's roof.

Ross lost his bet, Alex's Lemonade Stand got an infusion of cash from the fundraiser and the Lionville Middle School community got to enjoy seeing its principal freeze overnight.

Most of Mr. Ross's night was captured via livestream and uploaded to YouTube. It wasn't incredibly eventful, but if you're the sort of person who enjoys watching trail cams and hoping elk will appear in a clearing, have at it.

Next year, Ross might want to bump that figure up to $10,000 and promise a little less on his end.