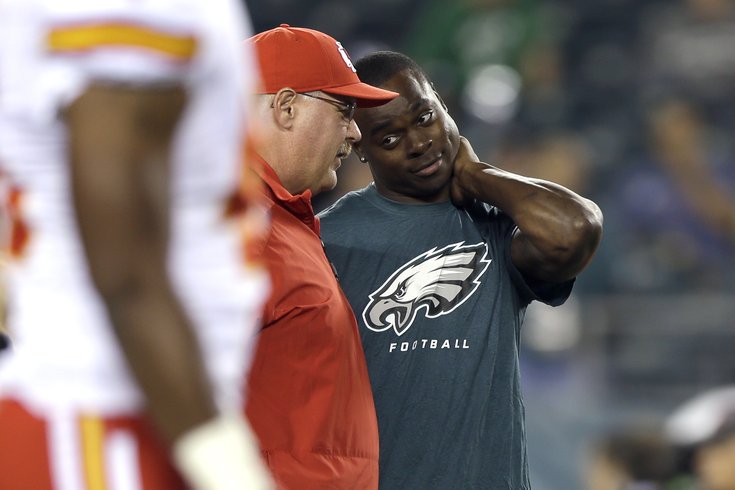 The Chiefs reportedly agreed to a contract with Jeremy Maclin today. Maclin is set to become an unrestricted free agent on Tuesday, when it is expected he will reunite with former head coach Andy Reid, per Chris Mortensen of ESPN:

Maclin tore his ACL during training camp in 2013, missed the entire season, and returned in 2014 with questions about whether he could be the focal point of the passing game after the Eagles released DeSean Jackson. He turned in a career season, catching 85 passes for 1318 yards (15.5 yards per catch) and 10 TDs. Here's where those numbers ranked league-wide.

While Maclin's production was a pleasant surprise, the downside from a money management perspective was that he had a great season in a contract year. Opposite Maclin at wide receiver, Riley Cooper had a dreadful season. Cooper made a number of big plays in 2013, but was a big play no-show in 2014.

In 10 of 16 games last season, Cooper averaged less than 10 yards per catch, and was arguably the least efficient starting wide receiver in the league. Cooper, Jordan Matthews, and Josh Huff are the only remaining Eagles wide receivers under contract.

Losing Maclin opens up a huge hole in the Eagles' offense on a roster that isn't devoid of serious problem areas elsewhere. Despite that, we wrote earlier this week that the Eagles should not overpay for him.

With Maclin off to Kansas City, let's update the Eagles who played under Andy Reid who are now goners this offseason: