More kids under the age of six are swallowing coins, batteries and jewelry 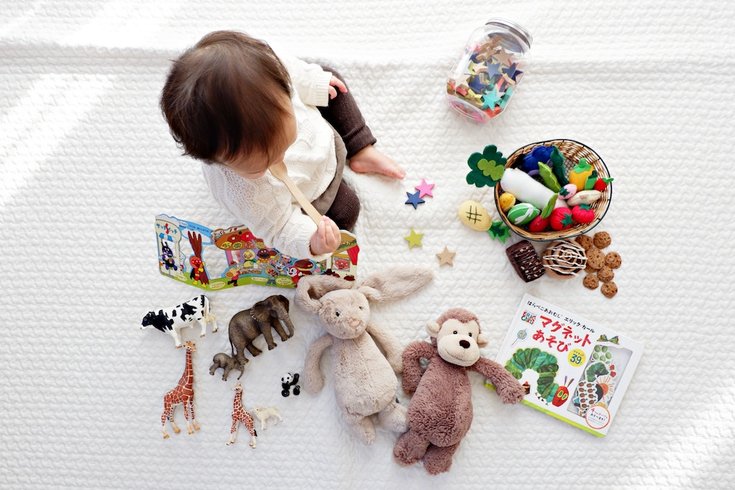 The amount of kids seen in emergency rooms for swallowing objects has doubled in the past 20-plus years.

From their fingers and toes to anything else they can get their hands on, kids are putting all sorts of things in their mouths. A new study finds the number of children admitted to emergency rooms after swallowing things like coins, jewelry, batteries, toys and screws doubled between 1995 and 2015.

Published Friday in the journal Pediatrics, researchers at Nationwide Children’s Hospital in Columbus, Ohio, called upon the National Electronic Injury Surveillance System to figure out how many kids younger than six were seen in U.S. emergency rooms after swallowing a foreign object.

"The dramatic increase in foreign body injuries over the 21-year study period, coupled with the sheer number and profundity of injuries is cause for concern," said Dr. Danielle Orsagh-Yentis, lead author of the study and Pediatric GI Motility Fellow at Nationwide Children's, in a news release. "Continued advocacy and product regulations are needed to keep children safe, and the data shows that vigilance, advocacy and regulations are effective."

Kids who swallowed coins, the most commonly ingested items, were most often hospitalized, according to the study. Batteries accounted for a small portion of the cases, but the number of “button” batteries found in little one's bellies represented a “150-fold increase,” researchers said.

The study's probably underestimates the number of kids swallowing objects because they only considered those seen in an ER — others could have been seen by their primary care doctor, an urgent care or parents could have contacted poison control, according to CNN.

Recommendations for prevention of foreign body ingestions by both the American Academy of Pediatrics and the North American Society for Pediatric Gastroenterology, Hepatology and Nutrition include, according to the news release:

• Safe storage: Store small items, especially button batteries, high-powered magnets, and loose change up, away, and out of sight.

• Check the age recommendations: Labels on a toy’s packaging can tell you if a toy is appropriate for your child’s age. Read and follow manufacturer’s instructions for assembly and use.

• Ensure child-resistant packaging is utilized and work to keep particularly dangerous products off the market.