Bell is first female CEO of CHOP, second woman board member of Comcast 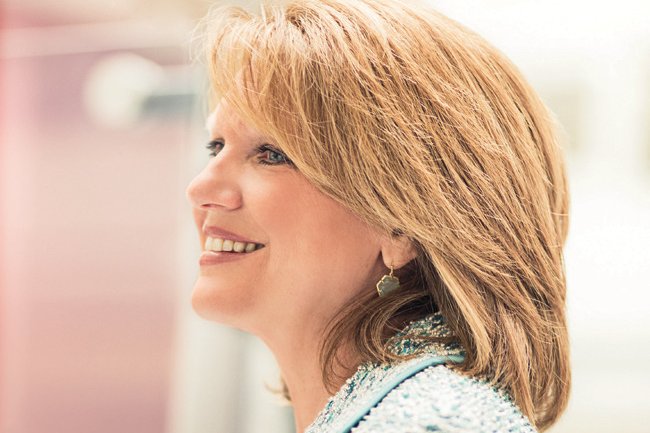 Madeline Bell, a former pediatric nurse, became the first woman CEO of the Children's Hospital of Philadelphia in May.

Madeline Bell's success story keeps on adding more chapters. Over the past several decades she's risen from pediatric nurse to serving as the first female CEO of the Children's Hospital of Philadelphia, and last week she became just the second woman to join the corporate board of Comcast.

In a post this Saturday on "Heels of Success," her advice blog for future women leaders, Bell explained why she took the board position despite having no obvious background in non-medical technology, entertainment, or anything else you'd expect would be required for a board member of one of the largest telecommunications companies in the world.

"When I am asked about my career journey, I often tell people that the continuous theme has been saying yes to every opportunity, even when it has been outside of my comfort zone," she wrote. "When someone offers you the chance to do something new, even if you’re not 100% comfortable, just say yes. "

Bell admitted in the blog post that she was worried about taking the board position less than a year after stepping up as CEO of CHOP, wondering if the challenge was "too much to take on." (She also happens to be a mother of seven, as if there wasn't enough on her plate.) She had spent her entire career in the non-profit world, making Comcast a totally new venture.

In the end, that was the exact reason she took the offer.

"Why trade something you are great at and may love for something you know nothing about? It’s all about gaining experience and perspective. When you’re feeling unsure, just remember that in a year or two you will know this new area, and it will be a part of who you are and what makes you effective in your job," she wrote.

As a member of the Comcast board, Bell will sit at the table with some of the biggest names in the worlds of business and philanthropy. Her fellow board members include Pepsi CEO Jeffrey Honickman, DuPont CEO Edward Breen, and Rockefeller Foundation president Judith Rodin.

Anyone might feel small next to these corporate giants, but she's learned how to have confidence in the value of her own experiences. Having served as CHOP's chief operating officer from 2007 to 2015, she's realized that certain leadership concepts are applicable across all industries. Her advice for women leaders: embrace what you don't know.

"I think often times, women don’t give themselves credit for what they bring to the table outside of technical skills," she said. "You don’t have to be proficient in something to take it on, in fact you should always be pushing yourself to do not just the things that you’re familiar with."