The study, done in partner with The Des Moines Register, interviewed 402 registered Republican voters in Iowa who said they would definitely or probably attend the Republican caucuses in 2016. One of the questions those voters were asked was which of a group of potential candidates would be their first choice for president. 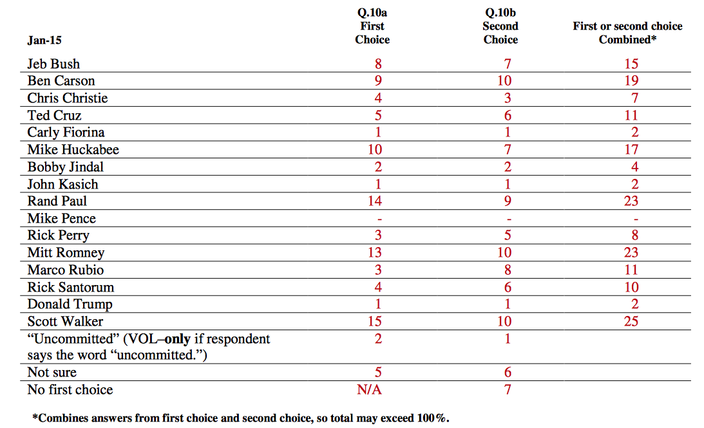 Don't expect a local candidate from the Democrats either. The poll also interviewed 401 Democratic voters likely to attend the party's caucuses in 2016, and those voters were also asked who their first choice for president in 2016 was.