Christina Englehardt, 24, died after allegedly being drugged and raped while vacationing in Florida 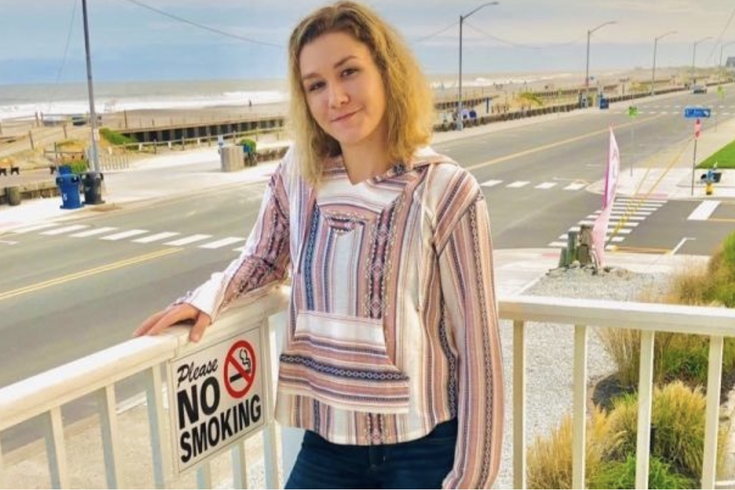 Christine Englehardt, 24, of Richboro, Bucks County, was drugged and raped before her death in a Miami hotel room during a spring break trip in March. Evoire Collier and Dorian Taylor, of North Carolina, are charged with murder for allegedly supplying Englehardt with the fatal dose of fentanyl, as well as related offenses for sexually assaulting her.

Two North Carolina men accused of drugging and raping a 24-year-old Bucks County woman in Miami earlier this year will face first-degree murder charges, according to a grand jury ruling this week.

Christine Englehardt, of Richboro, was found dead inside a Miami hotel room on March 18 during a spring break trip she had taken to Florida. An autopsy determined Englehardt had ingested a "rapidly fatal" dose of fentanyl and had a blood alcohol level near 0.2% when she died, along with apparent signs of asphyxia.

A grand jury in Miami-Dade County added a murder charge against both men for "fentanyl-induced" death. Taylor also is charged with a second count of murder for allegedly supplying fentanyl to 21-year-old Walter Riley, a Chicago man who was found unconscious on the street in Miami, nearby Englehardt's hotel. He died on March 20 as a result of an overdose, according to the Associated Press.

Investigators said Englehardt was seen entering the Albion Hotel with Collier and Taylor around 1 a.m. the same day her body was found. Surveillance video from the hotel showed that Englehardt appeared to be impaired, police said.

The two men each allegedly raped Englehardt and then took her belongings while she remained unconscious, according to the grand jury findings. Englehardt's credit cards allegedly were traced to purchases at SOBE Liquors and the Sugar Factory in Miami.

After Englehardt's death, authorities investigated whether she had been sickened by a "green pill" one of the men allegedly gave her.

An attorney representing Collier told the Miami Herald that he believes it will be difficult to prove Englehardt died as a result of ingesting fentanyl, claiming she had taken several drugs.

Both Collier and Taylor remain jailed in Miami.

Englehardt is a graduate of Council Rock High School North and had been working at Jules Thin Crust in Newtown prior to her Miami trip. The incident happened amid a surge in arrests of young people who had been traveling to Miami Beach for spring break.