Churches wipe out millions in medical debt for others 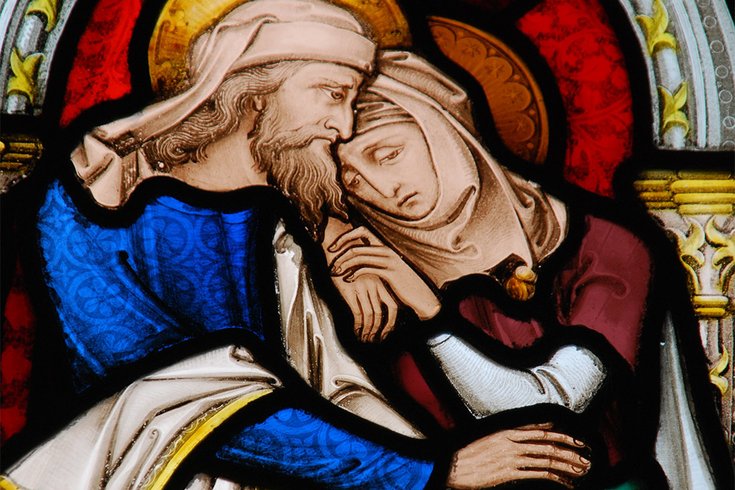 The leaders of Pathway Church on the outskirts of Wichita, Kan., had no clue that the $22,000 they already had on hand for Easter would have such impact.

The nondenominational suburban congregation of about 3,800 had set out only to help people nearby pay off some medical debt, recalled Larry Wren, Pathway’s executive pastor. After all, the core membership at Pathway’s three sites consists of middle-income families with school-age kids, not high-dollar philanthropists.

But then they learned that, like a modern-day loaves-and-fishes story, that smaller amount could wipe out $2.2 million in debt not only for the Wichita area but all available debt for every Kansan facing imminent insolvency because of medical expenses they couldn’t afford to pay — 1,600 people in all.

MORE HEALTH: Philly home to six of the worst nursing homes in the U.S.

As Wren thought about the message of Easter, things clicked. “Being able to do this provides an opportunity to illustrate what it means to have a debt paid that they could never pay themselves,” he said. “It just was a great fit.”

Churches in Maryland, Illinois, Virginia, Texas and elsewhere have been reaching the same conclusion. RIP Medical Debt, a nonprofit organization based in Rye, N.Y., that arranges such debt payoffs, reports a recent surge in participation from primarily Christian places of worship. Eighteen have worked with RIP in the past year and a half, said Scott Patton, the nonprofit’s director of development. More churches are joining in as word spreads.

The mountain of bills they are trying to clear is high. Medical debt contributes to two-thirds of bankruptcies, according to the American Journal of Public Health. And a 2018 Kaiser Family Foundation/New York Times poll showed that of the 26% of people who reported problems paying medical bills, 59% reported a major life impact, such as taking an extra job, cutting other household spending or using up savings. (Kaiser Health News is an editorially independent program of the foundation.)

The federal Consumer Financial Protection Bureau proposed a rule last month to curb debt collectors’ ability to bug those with outstanding bills, and some states have tried various measures, such as limiting the interest rates collectors may charge. But until a comprehensive solution emerges, churches and others are trying to ease some of the load by jumping into the debt market.

A big part of RIP’s appeal comes from the impact even a small donation can have, say participating church leaders. When a person can’t pay a bill, that debt is often packaged with other people’s debt and sold to bill collectors for some fraction of the total amount of the bill. Those debts usually come from low-income people and are more difficult to collect.

RIP Medical Debt buys debt portfolios on this secondary market for pennies on the dollar with money from its donors. But instead of collecting the debt, RIP forgives it.

To be eligible for repayment from RIP, the debtor must be earning less than twice the federal poverty level (about $25,000 a year for an individual), have debts that are 5% or more of their annual income and have more debt than assets.

Donors sometimes hear back from the people whose debts they’ve paid, but not often. “I guess that’s a biblical story, too. Jesus forgave 10, and only one said thank you,” said the Rev. Christine Hopkins.

Because hospitals and doctors are eager to get those hard-to-collect debts off their books, they sell them cheap. That’s how, Patton said, those 18 churches have been able to abolish $34.4 million of debt since the start of 2018.

Working this way puts a high-dollar project within reach of even small churches. Revolution Annapolis, a nondenominational Maryland church with Sunday attendance of around 200 and without a permanent building, wiped out $1.9 million in debt for 900 families in March. Total amount raised: $15,000.

Revolution leaders heard about RIP Medical Debt on a segment of John Oliver’s “Last Week Tonight” in 2016, said Kenny Camacho, lead pastor. But at the time, they didn’t think they had the resources to make much of a splash.

After hearing about another church that paid off millions last year, Revolution leaders decided to try it. At most, they hoped to have an impact in their area, Camacho said. But the money went much further, eventually covering 14 counties in eastern and central Maryland.

Emmanuel Memorial Episcopal Church, a congregation of about 175 families in Champaign, Ill., had a similar experience. The original idea was to try to have an impact just in Champaign County, said the Rev. Christine Hopkins. But their $15,000 abolished $4 million of debt for the entire diocese, which stretches across the southern half of the state.

“We were bowled over, actually,” Hopkins said. “It was to the point of tears.”

In many cases, churches have not had to do a fundraising campaign because their contribution came from money already on hand. Emmanuel Episcopal, for instance, had leftovers from a campaign set up a year ago to celebrate the centennial of its church building.

The Fincastle Baptist Church, with 1,600 members in the Roanoke, Va., area used money it had budgeted for an annual “Freedom Fest” event to honor first responders, and then partnered with local television station WSLS in a telethon to raise more. That effort abolished over $2.7 million in medical debt targeted at veterans.

The RIP nonprofit allows donors to choose geographic areas they want to reach and can pinpoint veterans as recipients. But beyond that, no restrictions are allowed, Patton said. A church can’t specify which types of medical procedures could be paid for or anything about the background of the recipients.

That didn’t bother church leaders contacted for this story. But it is a subject that’s been broached by donors of all types in the past, Patton said.

For instance, some potential donors have asked to exclude people from different faiths or certain political parties, he said. “It’s just absurd. This is not a revenge tactic,” Patton said. “People who are requesting those things really don’t understand philanthropy.”

Churches don’t necessarily experience a direct return in the way of new members. All the processing goes through RIP Medical Debt, which sends letters notifying the beneficiaries their debts have been forgiven. Donors can have their names listed on those letters, but not everyone opts to do so.

New membership wasn’t the point for Pathway Church in Kansas, Wren said. “Sometimes the more powerful spiritual message is when you’re able to do something for somebody that you’ll never meet.”

The Revolution Church decided against putting its name on the notification letters, Camacho said, because it didn’t want beneficiaries to feel obligated. “When a person has their debt forgiven, we want them to experience that as a kind of no-strings-attached gift,” he said. “We don’t want there to be any sense that because we did this now they should visit our church or something.”

Besides, he said, the gift covered an area large enough that some beneficiaries live a couple of hours away. “I would much rather them think more positively about the church down the street from where they live.”

Donors sometimes hear back from the people whose debts they’ve paid, but not often. Many don’t expect it. “I guess that’s a biblical story, too. Jesus forgave 10, and only one said thank you,” Hopkins said.

Churches have a lot of choices when it comes to charity, but medical debt and affordability issues often resonate with parishioners. Some churches are worried enough about medical costs for their members that they subscribe to cost-sharing nonprofits, in which members pay each other’s medical bills.

Medical mission work has long been an important form of outreach for Fincastle Baptist Church in Virginia, said associate pastor Warren King. The church runs a free clinic, and mission trips to other countries usually include a medical component.

Paying off medical debt is an extension of that line of thinking. “We need to do not just this thing but many things that practically show the love of God,” King said. “It’s hard to tell somebody God loves you if they’re starving and you don’t try to deal with the problem.”

Hopkins said the debt outreach was a satisfying project for her Illinois congregation because it could resolve a problem for the beneficiaries. “We do a lot of outreach that’s food-related and housing-related. This was something different,” Hopkins said. “You help feed somebody, and you’re feeding them again the next day. This was something that could make an impact.”