Philadelphia is home to six of the worst nursing homes in the U.S. 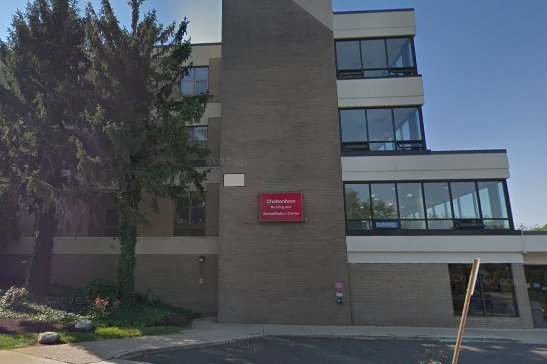 Sen. Bob Casey and Sen. Pat Toomey released a federal report on Monday that reveals the 400 worst nursing homes in the U.S. Sixteen of the candidates listed on the Centers for Medicare and Medicaid Services' Special Focus Facilities program were in Pa., six were located in the Philadelphia-area. Seen here is Cheltenham Nursing and Rehabilitation Center in Philadelphia.

Sen. Bob Casey and Sen. Pat Toomey released a federal report on Monday that reveals the worst nursing homes in the U.S.

When a nursing home is chosen for the SFF list, it shows facility fails to meet the standards and protections afforded to patients through Medicare and Medicaid programs. Some of these nursing homes have residents who have been subjected to abuse and neglect, and the facilities overall have poor quality ratings.

The report's release is significant because the names of facilities being considered for the SFF program are not usually released to the public. Only participating facilities are named as part of the CMS program.

Of the 400 candidates, 88 are chosen to be participants.

Participants receive extra inspections of at least once every six months, face potential closures if poor conditions persist or become dire enough, and are subject to more frequent enforcement actions.

There are 15,700 nursing homes nationwide, 2.5% of facilities in the U.S. made the candidate list and .6% make the participants list.

Sen. Casey and Sen. Toomey were inspired to take action on the nursing home problem in Pennsylvania, when PennLive investigated nursing home care in 2016, and again in 2018. The senators received the CMS list for candidates in May and released their assessment of the report on Monday.

The Philadelphia-area nursing homes on the candidate list include the following:

The South Jersey nursing homes on the list are:

The following are the facilities in Wilmington SFF candidate list: