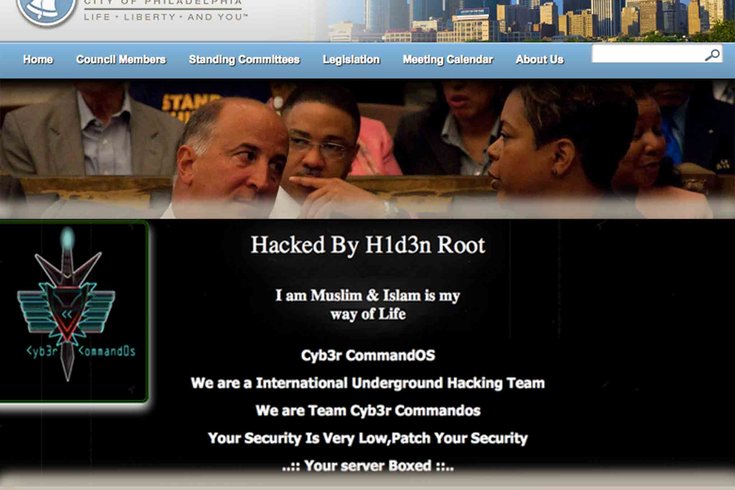 Philadelphia's City Council website is back up after being hacked Wednesday morning, one day after the primary elections.

The words at the top of the hacked webpage read "I am Muslim & Islam is my way of Life." A group called the Cyb3r CommandOs appears to claim responsibility.

Other city websites are operating properly.

"No city information that would be deemed sensitive was ever compromised or accessed," she said. "The Police Department and [the Office of Innovation and Technology] have been informed and are working with City Council to prevent future attacks."

Adel Ebeid, the city's chief information officer, said the City Council's website was run by a vendor, The Kimmel Group, an information technology firm whose own website says it is based in New Jersey.

"We have offered support to help them out," said Ebeid. He said that the city's information was "completely firewalled" from the third party site. 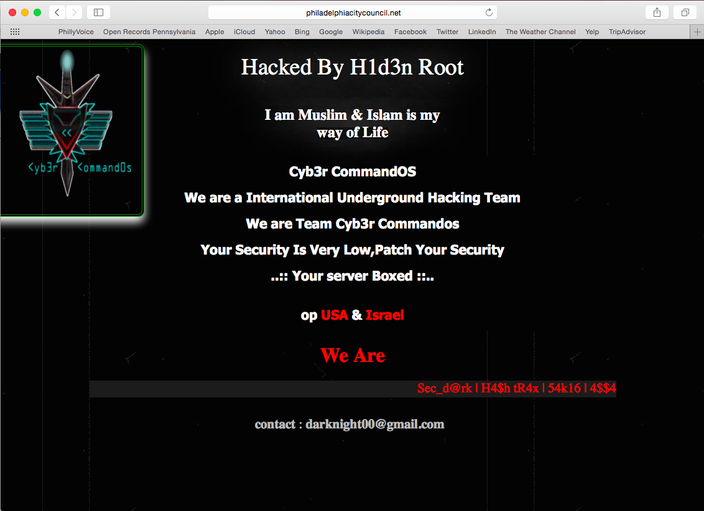 The action was likely an act of "hacktivism," where a website was targeted for defacement to promote a message, according to Avinash Srinivasan, an associate professor in the computer and informational sciences department at Temple University. He said that type of hack was common and indicated a security problem with the site.

"They go after the low hanging fruit," said Srinivasan. "It doesn't look like anything was taken."

"If someone was interested in taking, they usually try to keep a low profile."

The security of the site, however, must have been lacking, he said, adding that the organization had taken credit for other hacks around the Internet as well.

"Defacement hacks are some of the most common and easiest to accomplish but have the least amount of damage," Srinivasan said.

According to Roh, the city did not have specific information about who orchestrated the hack, which occurred at 7:03 a.m. She said the hacked page was deleted at 9:09 a.m. and then the council homepage was fully restored at 10:11 a.m.

Ebeid said most of the city's websites were maintained by his agency.