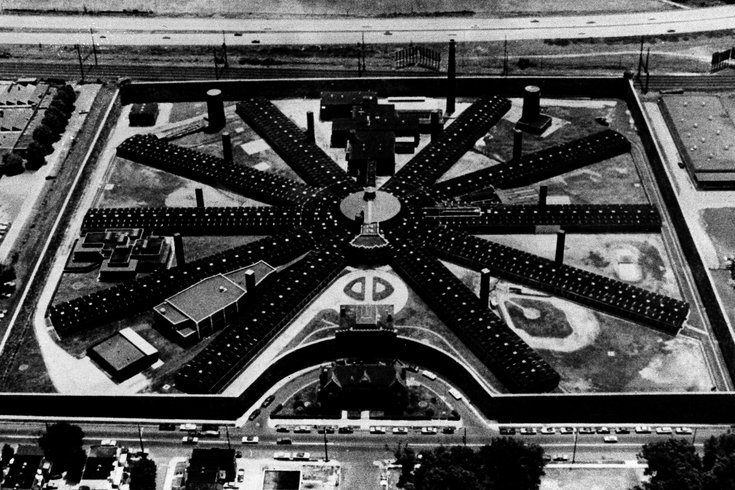 Holmesburg Prison, in the northeast section of Philadelphia, Pa., is shown in this aerial view from 1970.

City officials have decided against reopening the notorious, shuttered Holmesburg Prison to hold a potential overflow of arrested protesters during the Democratic National Convention in late-July.

In the past few days several media sources, including Philly.com and Metro, reported on city official's plan to reopen the prison and use its recently renovated gymnasium (not its cells) to hold arrested DNC protesters.

But on Wednesday,  Shawn Hawes, the spokeswoman for the city's prison system, spoke again to Philly.com saying that the plan no longer stands.

"In the event of any arrest, we will first use other jails in the system," Hawes told Philly.com reporter Julia Terruso in a second interview, adding that after going back and reevaluating the open space in the city’s currently functioning prisons, there seems to be enough room for protesters, if need be.

Hawes also emphasized the city’s promise to fairly treat and avoid arrests of protesters if possible.