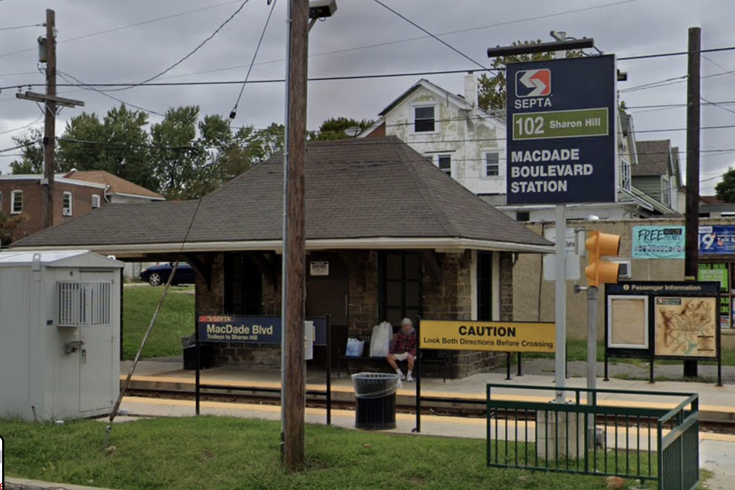 A 54-year-old man was fatally shot at SEPTA's MacDade Blvd. trolley station in Collingdale, Delaware County on Monday, Oct. 4, 2021. Nicholas Hoyle, 27, of Sharon Hill, has been charged with homicide and related offenses in the shooting.

A Sharon Hill man has been charged with homicide in a fatal shooting that happened Monday morning at a SEPTA trolley stop in Collingdale, prosecutors in Delaware County announced.

Nicholas Hoyle, 27, was arrested Wednesday after an investigation into the discovery of a shooting victim at the MacDade Blvd. station along Woodlawn Ave.

A Collingdale police officer was on patrol near the trolley stop Monday morning when he noticed a man on the ground inside the station. The victim was unresponsive and was later pronounced dead by first responders who were called to the scene.

The medical examiner determined that the victim, identified as 54-year-old Dwayne Williams, had died as result of a gunshot wound to the chest, police said. 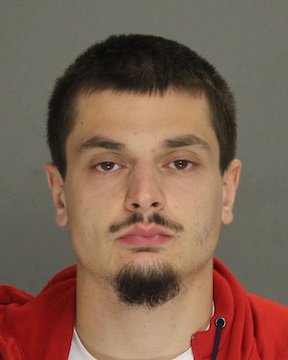 Surveillance video collected from surrounding businesses showed that Williams had been sitting on a bench at the trolley stop prior to the shooting. Another man appeared and was seen pacing outside the shelter, according to investigators. The second man raised his arm and pointed at Williams, who fell to the ground and clutched his chest.

Additional surveillance video showed that prior to the shooting, the gunman had stopped at a local business and made a purchase. The transaction was traced to Hoyle, who was found to have a previous conviction for robbery and was not eligible to possess a firearm.

Hoyle was stopped by investigators on Wednesday in Sharon Hill, where they allegedly found a gun in his waistband and the same card inside his wallet that was used to make a purchase before the shooting. He was taken into custody and charged with homicide and related offenses.

“The murder of Mr. Williams was a real shock to our community,” Collingdale police chief Ken Felker said. “Bringing the killer to justice so quickly will ease our residents' concerns, and for that we are thankful to our law enforcement partners in Sharon Hill and the DA’s Office."

Hoyle is being held at George W. Hill Correctional Facility ahead of a preliminary hearing on Oct. 22.