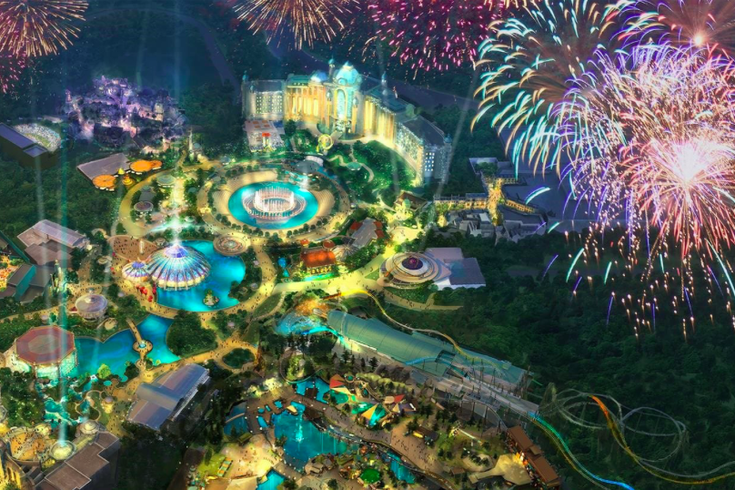 Epic Universe, a new theme park planned by Universal Orlando Resort, will be built on a 750-acre site in Orlando. The park will feature an entertainment center, hotels, shops and restaurants.

NBCUniversal and parent company Comcast are expanding their footprint in Florida, adding a fourth theme park to challenge the timeless offerings of rival Disney.

Universal's Epic Universe, announced this week, aims to create a "new level of experience" that will take guests on a journey through various stories and lands, the company said.

Situated on a 750-acre site in Orlando, Epic Universe will feature an entertainment center, hotels, shops and restaurants.

This map shows the proximity of the new park to the rest of Universal Orlando. pic.twitter.com/Qby2meJzMi

Universal Orlando currently employs about 25,000 people and will add another 14,000 people with the Epic Universe expansion.

Land for the theme park, which doubles Universal's acreage in Central Florida, was cleared last year so that work could begin on a project that could take three or four years to complete. Epic Universe will be the first new park Universal has built since Islands of Adventure opened in 1999.

With about 50 million visitors last year Universal brought in about a third of Disney's total guests in 2018, according to the Themed Entertainment Association and global management firm AECOM, CNBC reported. Epic Universe will look to gain ground on Disney's rival parks.

“Our vision for Epic Universe is historic,” said Tom Williams, chairman and CEO for Universal Parks & Resorts. “It will build on everything we have done and become the most immersive and innovative theme park we have ever created. It is an investment in our business, our industry, our team members and our community.”