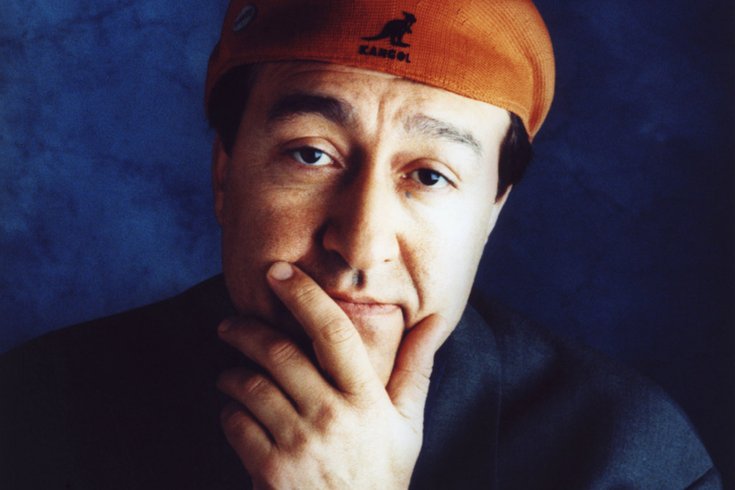 If ever Philly had a voice that was hilarious and definable from its accent and swagger, it is stand-up comedian Dom Irrera.

South Philadelphia born-and-bred, a majority of his observational, street-wise material – since his start, and surely during his three-night stand from Nov. 22 to 25 at Helium – has been about his life and upbringing as part of an Italian-American family.

“Oh, ask him about that grandmother of his who was got so small with age that by the time she died she had to be buried in a Kleenex box,” suggested WMGK-FM on-air personality and old Irrera friend, John DeBella, when discussing his buddy.

“That’s a fabrication, comedic license,” said Irrera, laughing, from a Chicago tour date. “She didn’t die. We lost her because she got so much smaller every year.”

Thinking of the Philadelphia of his youth versus the newer sleeker version of its present, Irrera has great memories, but certainly understands that change is desirable and an upgrade necessary.

“Philly had to go along with the times or it was going to die, so I have to say that I like the new Philadelphia and all the restaurants, just as much as the city I grew up with," he said. "It’s always been cool for me to be a Philadelphian. I will always be that in my heart, no matter how long I live in the Hollywood Hills. Now, everybody seems to like to visit. Plus, I always get back to Philly for weddings and funerals.”

Philly aside, it is in Hollywood where Irrera is making his most impact beyond stand-up. Certainly, obsessive audiences remember him for roles in television sitcoms such as “Seinfeld” (co-creator Larry David famously asked Irrera to do more than the one episode he was in, but Dom was always busy) and “It’s Garry Shandling’s Show,” and the cinematic cult favorite, “The Big Lebowski.” Irrera teases when he adds, “Please don’t forget “Hey Arnold!” to that list of filmed accomplishments. “I always get recognized for that one.”

Currently, however, Irrera has a recurring role as a stand-up comic during the real life LA comedy scene of the 1970s in the Jim Carrey-produced Showtime network program, “I’m Dying Up Here.” Irrera is pleased where the dramedy’s trajectory is going, even though he was mostly an East Coast guy at his comic start in the 1980s. “I’m assuming Jim (Carrey) will be around more this upcoming season, which will be nice because he and I are like the only two people on set who knew the founder and owner of the real life Comedy Store, Mitzi Shore.”

Ask Irrera if comedy clubs still have the same personal touch as in the old days, and he seems nonplussed by who owns what.

“One thing that was true of the real Mitzi Shore was how funny she was and how she hung out with the comedians. The real-life Mitzi was crazy and had a real sense of humor," he said. "Then again, the woman who plays the character based on Shore is an Academy Award-winning actress (Melissa Leo), so who am I to say?”

As a godfather of observational, personal comedy, Irrera still makes self-reflection and recollection the main function of his act, rather than looking toward the current state of the political system.

“I think that people are getting tired of hearing about Trump, 24/7,” he said. “The culture is moving on. Besides, what is most on my mind right now is whether or not the Phillies or the Eagles will have a good season through all the injuries. That’s what my old town is worried about the most, right?”