Cops: UD student sold weed-laced snacks out of 'The Bakery' 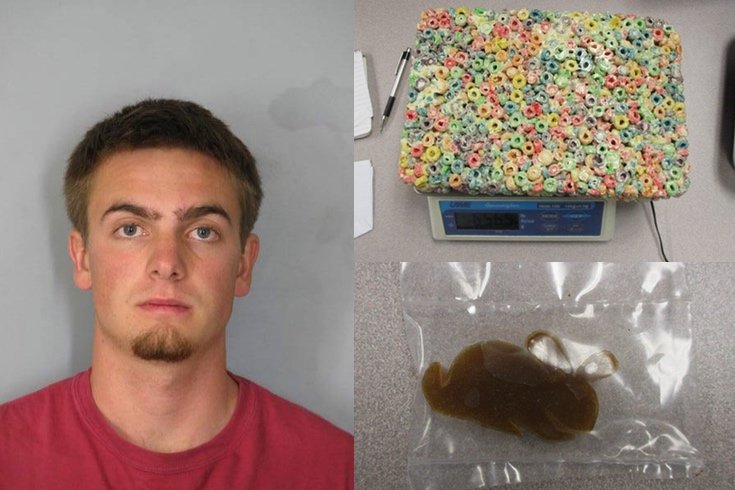 Kyle Dunn, a University of Delaware student, is accused of selling these weed-laced snacks out of his apartment.

A University of Delaware student has been hit with multiple charges after authorities say they busted a drug business he was running out of his apartment.

Police said Tuesday they first came into contact with Kyle Dunn, 22, of Washington D.C., in White Clay Creek State Park on May 8. Officers say they found him to be in possession of 460 grams of edible marijuana packaged for sale.

A search warrant conducted at Nunn's apartment on the 200 block of East Main Street in Newark uncovered 3,522 grams of raw and edible marijuana products, 62 doses of LSD and assorted drug paraphernalia, police said.

Among the types of edible drugs allegedly found in Dunn's apartment include what appears to be a large block of fruity cereal and a gummy bunny-shaped candy.

According to Delaware Online, Dunn was days from graduating as a student at UD, where he was studying hotel and restaurant management with an entrepreneurial minor.

Dunn's apartment was known as "The Bakery," according to the website.

Dunn faces charges of dealing marijuana and LSD, possession of a controlled substance and drug paraphernalia, and receiving stolen property. He was arraigned and released on $50,000 bail.