There was hope doses would be available in the coming weeks, but now they won't arrive until April at the earliest 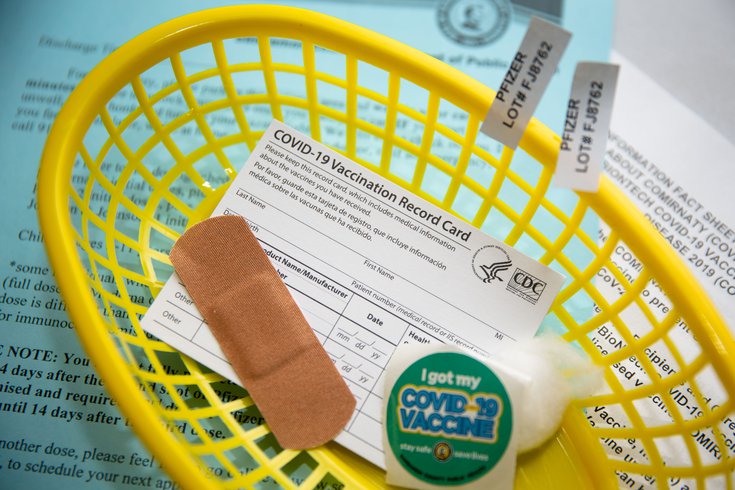 COVID-19 vaccines will not be available for children younger than 5 in the coming weeks, as some had hoped. Pfizer and the FDA will not move forward until April, when results from a study on a third dose will become available.

Coronavirus vaccines for children under age 5 will not be available as soon as some parents and public health officials had hoped.

Pfizer and BioNTech are postponing their emergency use application to the U.S. Food and Drug Administration for a two-dose vaccine in children ages 6 months to 4 years old.

If the application had been submitted as planned and authorized, a vaccine could have been available for young children in a matter of weeks. Now, they will have to wait until at least the spring.

Pfizer is waiting on data concerning a three-dose vaccine course for this age group, which it believes may provide better protection than two doses.

That study is expected to be complete in early April, but regulators will need a few more weeks after that to review the data before the vaccine can be authorized.

Amid the omicron surge, the FDA took the unusual step of urging Pfizer to apply to have the two-dose vaccine authorized for young kids before it was clear if a third shot would be needed. The plan was to evaluate the need for a third shot and authorize it later.

But in December, Pfizer reported that the two-dose vaccine didn't elicit a strong enough immune response in 2- to 4-year-olds, and on Friday the FDA decided to pump the brakes.

The agency's independent scientific advisors were scheduled to start debating Tuesday whether the two-dose vaccine should move forward, but that meeting has been postponed until data about a third dose becomes available.

While many public health officials are eager to have a COVID-19 vaccine approved for young children – the only age group in the U.S. not currently eligible for a shot – many vaccine experts believed the FDA was working too fast.

"I think they made the right decision to be careful and wait for the third-dose data," Jesse Goodman, a former FDA vaccine chief, told the Associated Press.

But he said the FDA going back and forth on the topic has muddled the agency's messaging on child vaccines and left many parents confused.

Just 3 in 10 parents of children younger than 5 say they will get their children vaccinated as soon as shots become available, and roughly a quarter say they definitely will not, according to a Kaiser Family Foundation poll from January.

But parents should now feel "reassured," Peter Marks, the director of the FDA’s Center for Biologics Evaluation and Research, told NBC, because the agency takes its "responsibility for reviewing these vaccines very seriously because we're parents as well."

Pfizer intends to provide children younger than 5 a 3 microgram dose of the vaccine, which is one tenth of what's given to adults. The amount in the shot for 5- to 11-year-olds is 10 micrograms, or one third of an adult dose.