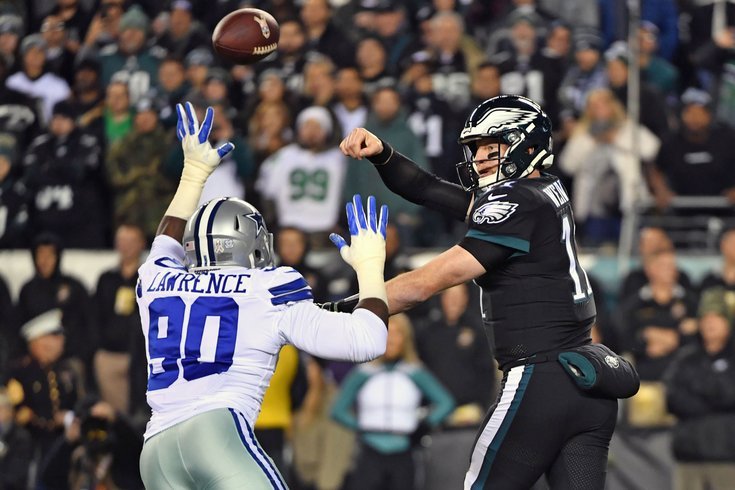 "We're going down to Dallas, our guys are gonna be ready to play," Pederson said. "And we're gonna win that football game and when we do we're in first place in the NFC East, we control our own destiny, we're right where we need to be."

Later that day, Pederson clarified that he wasn't exactly guaranteeing a win.

"I would never do that," Pederson said. "I promise you that Jason Garrett is going to say the same thing to his football team. They're going to win the game as well."

Garrett, who may soon be on the hot seat in Dallas, was demure about Pederson's remarks when asked earlier this week.

A turnip could have come up with a more colorful quote than that. And so could Cowboys defensive end DeMarcus Lawrence, who raised the stakes on Friday.

The usual bluster of an Eagles-Cowboys game has been overshadowed all week by the internal struggles and questions surrounding each team. It took until Friday, but finally some real shots were fired.

With both teams sitting at 3-3, the NFC East is up for grabs heading into the mid-way point of the season. We'll find out Sunday night if the Eagles can cash the check Pederson wrote with his words. Otherwise, he'll have some explaining to do on the radio Monday morning.