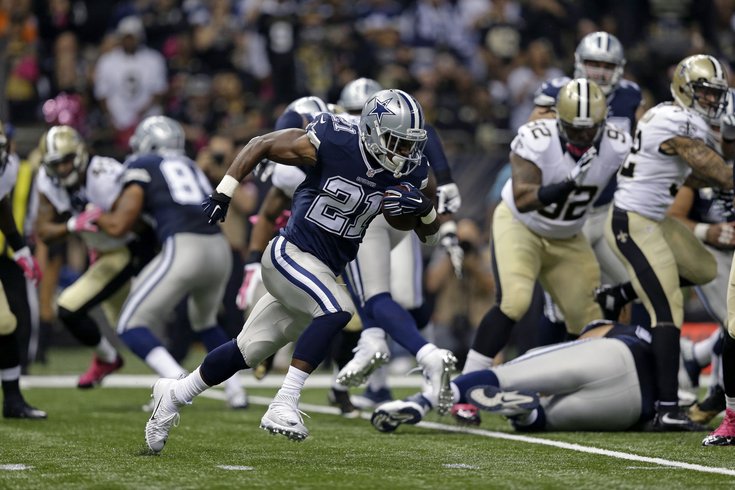 Today, once again according to Hill, the Cowboys decided to release Randle:

**breaking news*** The Joseph Randle saga is over in Dallas. He has been released by the Cowboys per sources

A week ago, Randle was reportedly dealing with personal issues:

Per a source, the Cowboys are concerned about Randle’s wellness more than football. He left the team’s facility on Wednesday expressing concerns about his girlfriend, per sources. Irving police were called to his house but found nothing wrong.

The bizarre behavior that has alarmed the Cowboys has even included him expressing thoughts of retirement and going into the ministry, per a source.

“We don’t anticipate Joe playing this week because of his injury,” Garrett said. “He has to take care of this personal issue.”

While there's little question DeMarco Murray has been a disappointment through his first seven games in Philly, there's also little question the Cowboys gravely miss his production.

A season ago, through seven games, here were Murray's numbers:

The Cowboys, as a team, have just 895 rushing yards on the season through seven games.