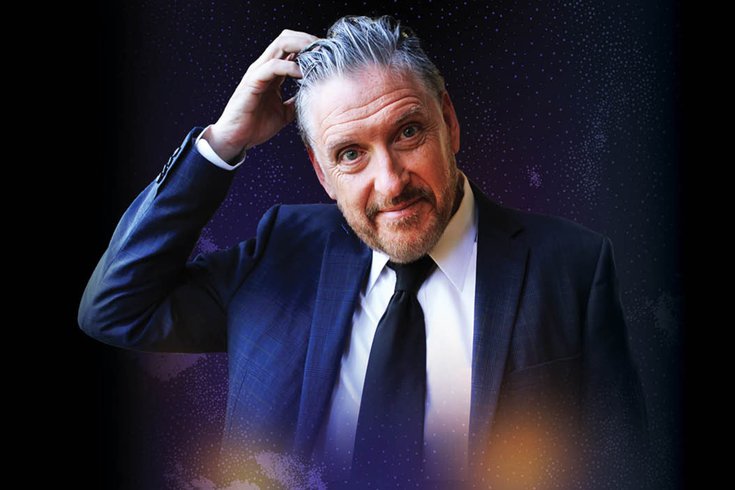 Showtime is 8 p.m. Tickets start at $40 and are available for purchase now at philadelphia.livecasinohotel.com.

Ferguson is a New York Times bestselling author and has recorded numerous standup specials for Netflix, Epix, Comedy Central and Amazon. The wildly popular “Late Late Show with Craig Ferguson” ran on CBS for 10 years and remains a cult favorite on YouTube racking up millions of views every year on fan posted bootleg clips.

Born in Glasgow, Scotland, Ferguson got his start in the entertainment industry as a drummer for some of the worst punk bands in the U.K. Following his musical stint, he began bartending in a local pub in Glasgow where he was introduced to Sir Michael Boyd, the artistic director of The Tron Theatre in Glasgow, who persuaded Ferguson to try acting. After several low paying acting gigs, Ferguson discovered he had a knack for comedy and was soon the star of his own BBC television show, “The Ferguson Theory.” After several stints on the UK comedy circuit, Ferguson brought his act to America in 1995 to star with Betty White and Marie Osmond in the short-lived ABC comedy, “Maybe This Time.” After the show ended, ABC decided to add the talented Scotsman to “The Drew Carey Show,” playing Drew Carey’s boss, ‘Nigel Wick,’ from 1996-2003.

Ferguson has achieved notable success on the North American comedy circuit and has performed to sold-out theaters across the country, including Carnegie Hall and Radio City Music Hall.

Live! Casino & Hotel Philadelphia hosts Craig Ferguson on Friday, September 9 in The Event Center. Parking is free, and there’s easy, convenient access to The Event Center by parking in the Self-Park Garage off Darien Street.